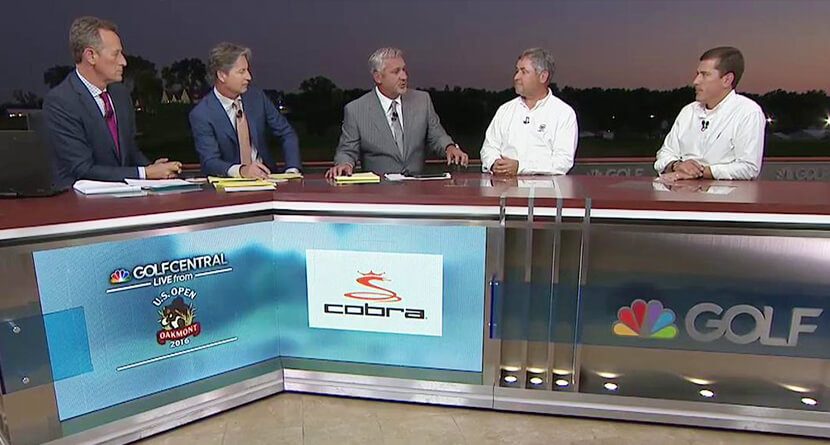 The Dustin Johnson rules controversy — read all about it in our wrap up — dominated the conversation for the last three hours of the U.S. Open broadcast and deep into the night after DJ went on to win his first major championship. Seemingly everyone had an opinion and 99% of those were that the USGA had screwed the pooch and were in damage control.

Trying to contain the outrage, the USGA sent Managing Director of Rules and Compeition, Jeff Hall, and Senior Director of Rules and Amateur Status, Thomas Pagel, to face the firing squad on the Golf Channel Live From The U.S. Open set where analyst Brandel Chamblee went after them for their decision.


Love or hate Chamblee, he’s good at his job. He brings up relative points and questions, putting both Hall and Pagel on the spot. The point of it all being, regardless of the ruling, the USGA marred their own championship with their inability to correctly and quickly assess the rules they helped to write.