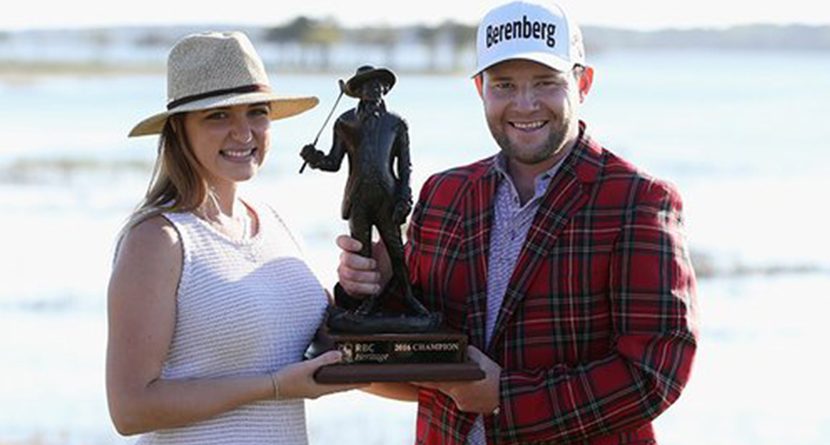 It was a long time coming, but Branden Grace is finally a winner on the PGA Tour. Entering the final round three shots back of 54-hole leader Luke Donald, Grace got off to a quick start making four birdies in his first six holes.

In the lead by the time he made the turn, Grace went on to make two more birdies on 12 and 13 to get to 10-under par for the tournament and three shots clear. Donald failed to get anything going in the final round, giving back each of the two birdies he made on the following holes.


The Englishman finished two shots back in second place — now his sixth top-3 finish in his last eight trips to Hilton Head all without a win. Scot Russell Knox fired a final-round 4-under par 67 to share second. Bryson DeChambeau, making his professional debut, finished at 5-under par and in a tie for fifth place with Kevin Na.

Bryson projected to make $244K at the moment

For Grace, it was his 11th professional win and second this year. He won the Commercial Bank Qatar Masters in January on the European Tour. The win moved Grace into 11th place in the world rankings.