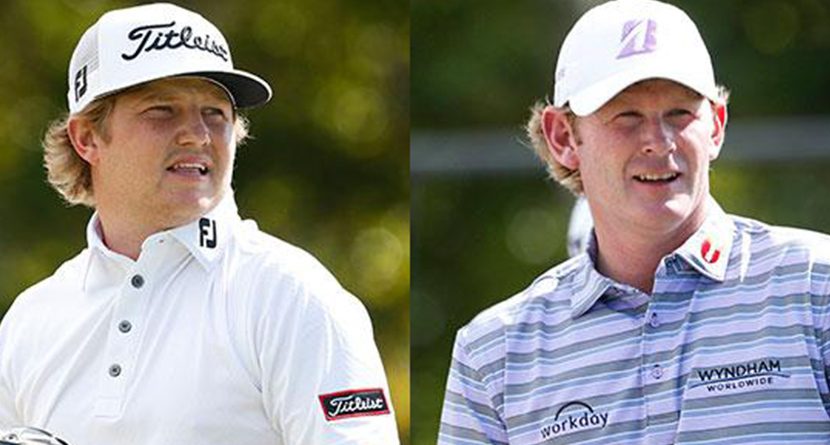 While you were probably watching the NFL playoffs, things got interesting in Honolulu as 25-year-old Zac Blair shot a 6-under par 64 to catch up with 36-hole leader Brandt Snedeker to grab a share of the lead heading into Sunday’s final round at the Sony Open in Hawaii.

Blair is a 25-year-old Salt Lake City native who played his college golf at Brigham Young University. He’s never led on the PGA Tour. Snedeker is 35. He’s won seven times on the PGA Tour. They will tee off tomorrow in the last group together, along with Kevin Kisner who is only one shot back of the pair.

43 feet. In. 25-year-old Zac Blair is a co-leader at the @SonyOpenHawaii. #QuickHits https://t.co/Wbv6hYBuHU

Coverage of the final round begins at 6 p.m. on Golf Channel.