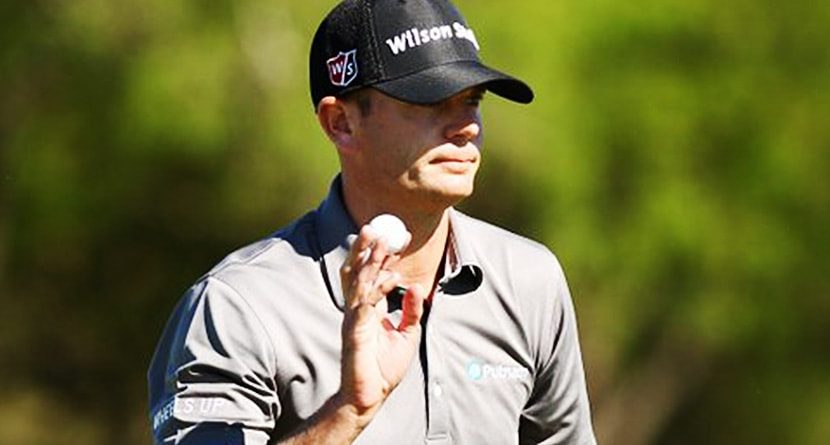 A marathon Friday in San Antonio saw Brendan Steele finish his first round as the leader at the Valero Texas Open. Beginning his second round minutes after holing out to finish his first round, Steele built upon his total, getting to 10-under par through 36 holes. He is three shots clear of Scott Langley, Stuart Appleby and Charley Hoffman entering Saturday.

Patrick Reed, Ricky Barnes and Ryan Palmer head up the group at 6-under par and four shots back. Luke Donald and Brandt Snedeker are within shouting distance at 5-under par.

Although the second round will spill over into Saturday morning, Phil Mickelson and Bryson DeChambeau are among those who will not be playing the weekend. Mickelson shot rounds of 77-71 to post 4-over par while DeChambeau shot 74-73 to post 3-over. The cut is expected to fall at even par.