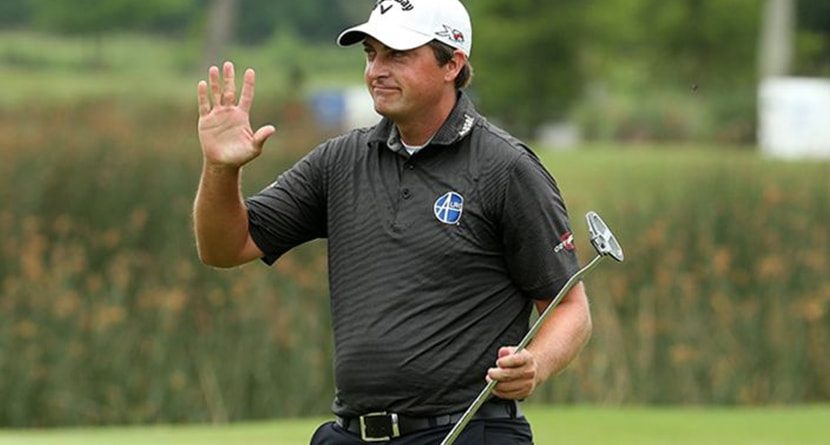 Brian Stuard bucked a couple of trends en route to his first career PGA Tour victory at the rain-shortened 54-hole Zurich Classic of New Orleans. In his 220th career start between the PGA and Web.com Tours, Stuard outlasted Jamie Lovemark and Byeong-hun An in a two-hole playoff to grab the win.

A crazy week of weather pushed the tournament into Monday, but only 54 holes were able to be completed due to Biblical rains that fell on TPC Louisiana. The wet conditions had no discernible effect on Stuard who put on a clinic on the greens, kicked off by his 21 putts in the first round.

Brian Stuard put on a putting performance for the ages at TPC Louisiana. pic.twitter.com/c9F6U2Ddul

As Geoff Shackelford pointed out, Stuard became just the fourth Tour winner to have a perfect week scrambling, going 20 for 20 when he missed the green in regulation.

Stuard’s win was an upset for the “putt for dough” truthers. The 33-year-old Michigan native finished middle of the pack in strokes gained: tee to green (31st), relying heavily on his two-week old Odyssey Marxman Fang Tank putter to hole putts from all over Louisiana.