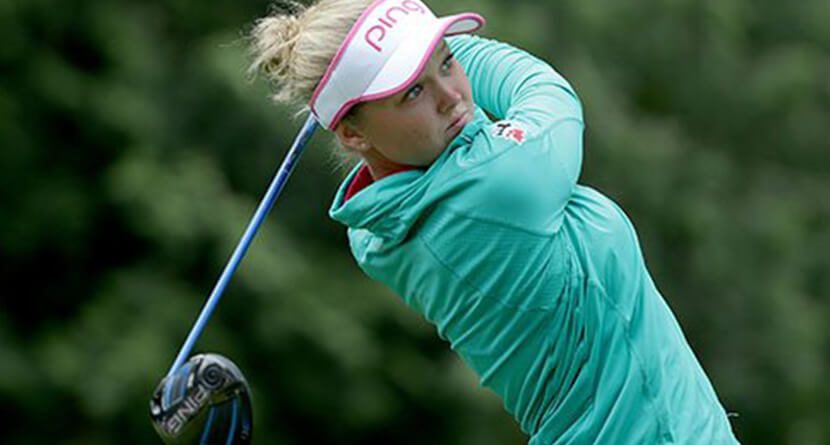 What were you doing when you were 18 years old? Probably not beating the 19-year-old best player in the world to win your first major championship like Brooke Henderson did on Sunday.

Squaring off with Lydia Ko, arguably the best player in the world regardless of sex, Henderson bested the Kiwi on the first playoff hole at the KPMG Women’s PGA Championship thanks to an amazing approach shot into the 18th green.

The feeling when you win your first major! Congrats to @BrookeHenderson on your @KPMGWomensPGA victory!https://t.co/v8opmJ8P71

Henderson is no slouch, mind you. The Canadian entered the week ranked No. 2 in the world behind Ko and has racked up five top-10s in major championships in the last three years alone. Now, she’s a major champion.

Here are the complete final-round highlights, courtesy of Golf Channel.