Bryson DeChambeau’s Dad Had A Kidney Transplant Before The Masters 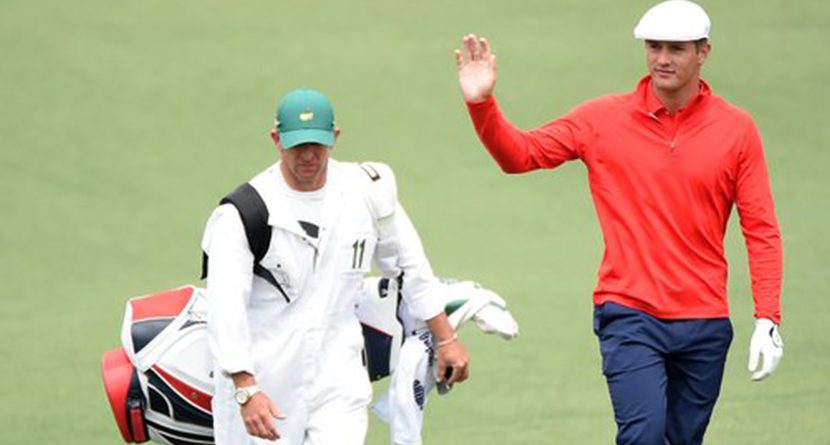 Bryson DeChambeau burst on to the national golf scene last year winning both the NCAA Individual Championship and the United States Amateur. His solid play coupled with his unique brand of mad scientist golfer have made him an interesting case study if there’s nothing to be said of his unique look at the game.

It’s an exciting time to be a part of DeChambeau’s golfing journey and naturally, his father, Jon, wants to be there every step of the way. Jon DeChambeau has been battling diabetes for 25 years and the perils of the disease have hit the DeChambeaus multiple times over the past few years.


Mike Watney isn’t looking to be a hero. He’s just trying to pay it forward by giving back to someone he has known for years. The retired former Fresno State golf coach and uncle of tour player Nick Watney had two healthy kidneys, and knew Bryson DeChambeau’s father, Jon, needed a new one. So he volunteered to be a donor.

“With Bryson playing so well and about to turn pro, I knew that Jon was going to start an exciting new part of his life,” Watney explained on the eve of last week’s Masters. “I feel like people should help people whenever they can.”

At 56, Jon DeChambeau’s situation was becoming dire. He was diagnosed with diabetes 25 years ago, had double-bypass surgery in 2014 and, over the past year, underwent multiple surgeries to amputate the toes on his right foot. Instead of being at Augusta National last Thursday to watch Bryson play his first round in the Masters, Jon watched on TV while going through four hours of dialysis at a clinic in Augusta. His kidneys shut down in 2014.

“Mike felt empowered enough to help me,” Jon said. “He’s helped save my life, and prolong my life for a good number of years.”