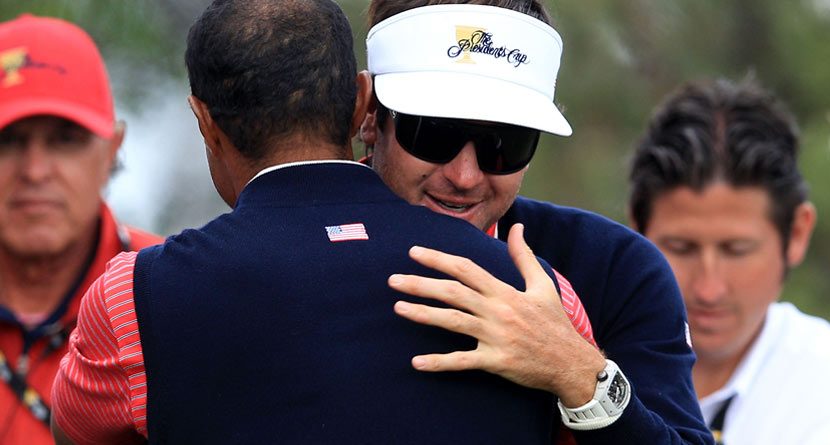 Word on the block is that Bubba Watson is taking over Tiger Woods’ old space. Tiger’s former Isleworth house in Orlando, Fla., that is.

There were no saving strokes in Watson’s new house either. Not only is the trophy mantle a tad bit different now, but the house doesn’t much resemble how it did for its old inhabitants.

“I looked at probably 50 houses before I looked at Tiger’s,” Bubba Watson said. “A lot of the houses there are old, and we ended up changing everything. We probably saved maybe five percent of it. We built it all around Caleb. There are like three playrooms.”

He also won’t have to go too “Bubba-long” to meet up with Graeme McDowell at an Irish pub as he joins G-Mac, Poults, Justin Rose and other pros in the Orlando area.

No Diamond in the Rough