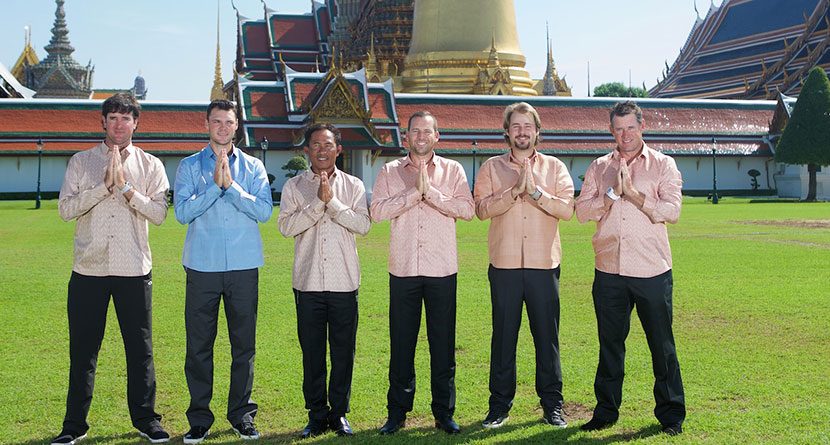 Some players just seem to play better at certain venues. Tiger Woods at Firestone and Bay Hill, Tom Watson at the British Open and, perhaps, Bubba Watson in Asia.

Watson, the two-time Masters champion, returns to that side of the world this week at the Thailand Golf Championship, seeking to build on his victory last month at the WGC-HSBC Champions in Shanghai, China.

“It’ll be fun if I can get that Asian double,” Watson said. “It’s always a challenge to come out from my comfort zone in the United States and play golf at a tough golf course, especially with lots of great players at this tournament.”

It’ll be Watson’s last event of 2014 — a good year for the now No. 4 player in the world. To add to the memorable year, he’ll have to beat another solid field, which includes the likes of Lee Westwood, Victor Dubuisson, Sergio Garcia, Martin Kaymer and Thongchai Jaidee, Thailand’s top golfer.

You’ll remember last month when Watson produced perhaps the shot of the year when he holed out from a greenside bunker on the 18th hole to force a playoff with Tim Clark, which he ultimately won.

“Hopefully I can just two-putt to win instead of having to hole a bunker shot,” Watson joked.

While in Thailand, Bubba also got into the culture. He joined his fellow international stars in some photos showing off the beauty of the land and culture: