Bubba May Prep For The U.S. Open In Bizarre Way 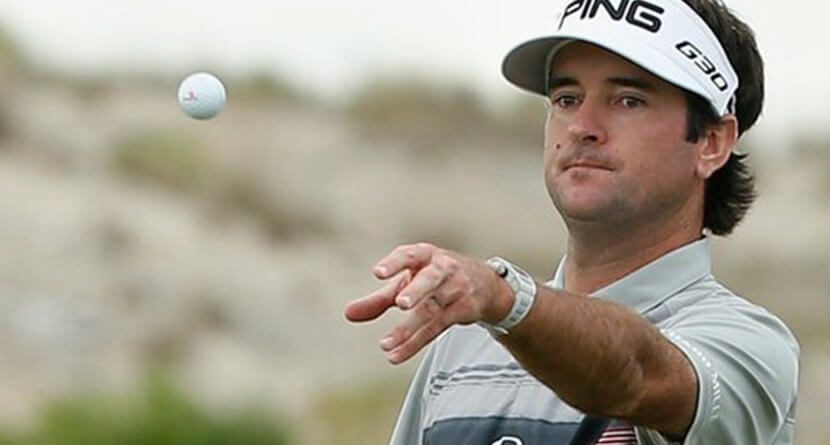 How the top players prepare for major championships has always been an interesting case study. Should you play the week before the major and have your game in tournament shape or should you take some time off and make sure your mind and body are fresh.

Over the years, we’ve seen both lines of thinking prove fruitful. Phil Mickelson famously loves to play the week before a major championship, while Tiger Woods rarely teed it up a week or two in advance. Bubba Watson, on the other hand, is going completely off the map with his U.S. Open prep: he’s going to play hickory golf.

Golfweek.com’s Martin Kaufmann had the scoop:

Watson has been talking recently about playing in the National Hickory Championship, according to Jens Beck, his representative at Pro-Sport Management. The NHC will be played June 9-11 at Oakhurst Links in White Sulphur Springs, W.Va. The Greenbrier owns Oakhurst Links and sponsors Watson, who has a home at The Greenbrier Sporting Club.

Beck said via email that Watson’s participation in the NHC is “definitely the plan,” adding that “I think it would be a blast.” But he left some wiggle room, saying it is not “100 percent yet.”

The hickory-shafted version of the game has gained traction in recent years as many purists try to return to the origins of the sport. Watson’s inclusion and excitement about the event will only increase its popularity.

The only questions that remain are: how are those hickory shafts are going to stand up to the torque created in Bubba’s swing? and will Watson dress the part?