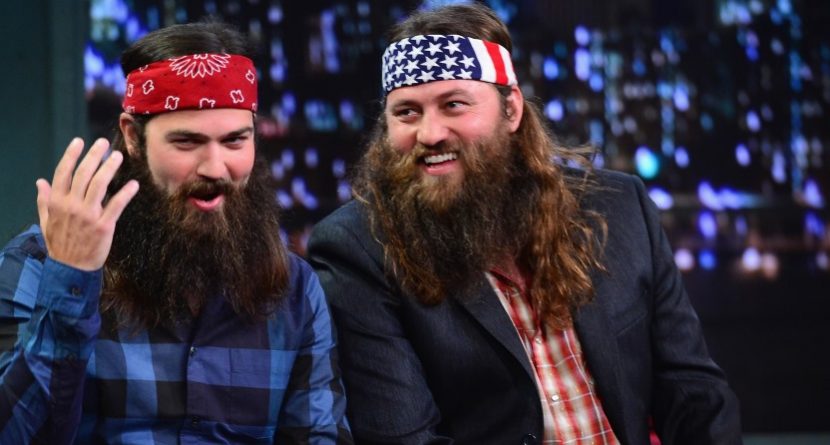 Bubba Watson wasn’t just hunting and fishing and golfing last week at the Greenbrier. He was also talking up his buddies, Willie and Jase Robertson of A&E’s “Duck Dynasty.” And due to Watson’s recommendation, the brothers will be teeing up with the reigning Masters champ on July 2 in the pro-am prior to the PGA Tour’s Greenbrier Classic.

Watson counts the resort in White Sulphur Springs, W.Va., as one of his partners, and he brought up the idea of the TV stars joining the field while he was golfing there during a quick getaway. Rounding out the foursome will be Jim Justice, the Greenbrier owner who was a little thrilled at the star-studded addition.

“It’s unbelievable,” Justice told the Beckley Register-Herald. “This is bigger than big.”

It’ll mark the second time Watson and the Robertsons tee it up; the first came last year at the Zurich Classic Pro-Am in New Orleans. You may remember that as the place Watson and the Duck Dynasty crew did some Dufnering with the meme himself:

They also held a press conference:

“We want The Greenbrier Classic to be an incredible golf tournament, but more than that, we want it to be fun. We want fans and spectators to enjoy everything about it, and this just adds to it,” Justice said.