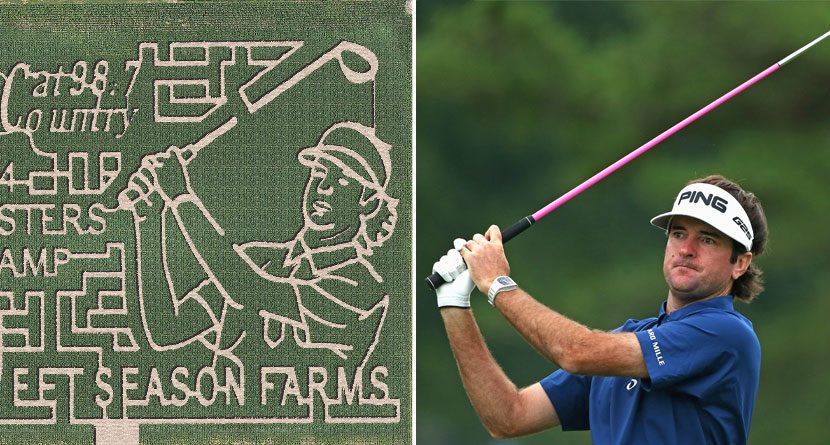 After a long season on the road, during which he won $6.3 million and a green jacket, Bubba Watson is heading home. Hopefully he doesn’t get lost – in his maze, that is.

The reigning Masters champ introduced us to the Bubba Maze back in August, and the corn maze at Sweet Season Farms in Milton, Fla., is now open. The man himself will be there on Saturday to check it out and sign autographs for fans:

Heading to my hometown this weekend to see #BubbaMaze! I’ll be there Saturday 10:30am signing for fans http://t.co/qHgnSiTe37 #cornmazefun

It’s $10 for the “Whole Cob” admission, and $8 for the “Half Cob” admission. With $6.3 million in the bank, we’re hoping Watson just covers the costs for everyone who shows up on Saturday.

Related Link: How Corny! Maze To Be Designed After Bubba Watson