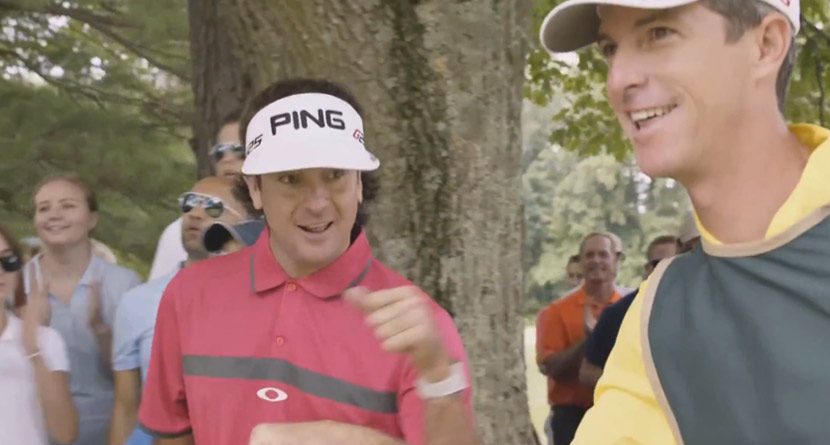 Early last month, prior to the PGA Championship, golf goofball Bubba Watson posted a self-made video to YouTube. In it, he struck a shot off a balcony to a buddy waiting to catch it about 100 yards away. When his “main man Micha” snagged it, Watson unleashed the jingle with which all sports fans are familiar: SportsCenter’s “DaDaDa DaDaDa.”

Did that wacky video earn Watson the lead role in a real commercial for ESPN’s flagship program? The TV network released a new 30-second ad over the weekend, and the first star athlete in the spot is Watson.

Well, played Bubba. You may have failed to make the Tour Championship this past weekend, but none of those guys are in the SportsCenter ad.

And it’s not Watson’s first time in an ESPN ad.

The creative agency credited with the spot is Wieden+Kennedy New York.