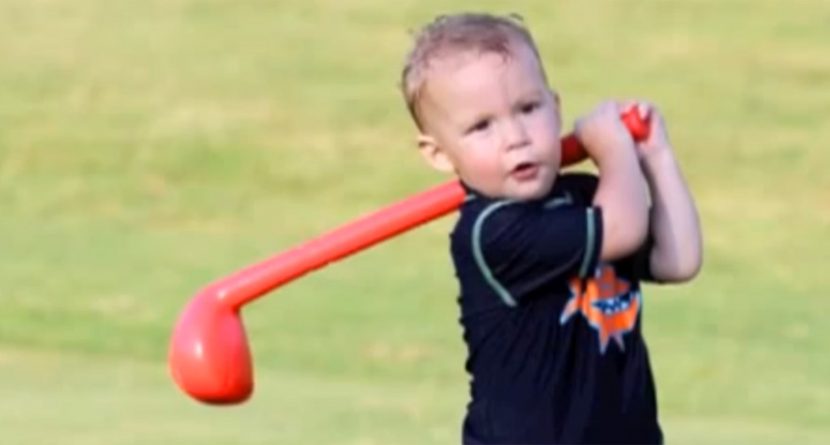 The #BubbaFanFlyaway contest has ended and the man himself announced a winner Monday. Actually, Bubba Watson was so overwhelmed by people sending in video detailing why they’re his biggest fans that he couldn’t settle on one, so he chose two families to fly down and meet the 2012 Masters winner in Phoenix at the Waste Management Open this January.

Congrats to little Ben Woolley @RWoolley7780 AND to @allonsparks!!! … Yes, two #BubbaFanFlyaway winners! I’l be seeing you in PHX!

Ben Woolley: A 2-year-old who dressed as Bubba for Halloween and comes from a family that has been impacted by some of Watson’s biggest interests: breast cancer awareness, adoption and Christianity.

Allon Sparks: When the husband found out that he and his wife could not conceive, they decided to adopt after hearing about Watson rushing home to celebrate his 2012 Masters victory with his wife and their newly-adopted son.

Related Links: Other Bubba Fan Videos | Win a Trip to Hang With Bubba