Bubba Watson Puts His Checkbook Where His House Is 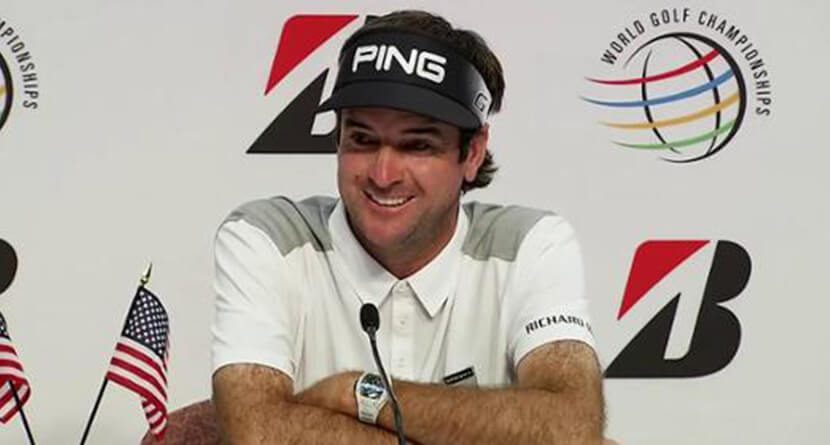 Bubba Watson gets a lot of grief from golf fans for acting in direct contradiction to the person he claims to be in the media. Yet, when Watson lives true to his words, we fail to give credit where it’s due. This is one of those times.

As a resident at the Greenbrier Resort in White Sulfur Springs, W.Va., Watson was on site when the devastating rains and floods wreaked havoc on the communities in his area. True to his word, Watson has been doing everything he can to help the folks back in West Virginia in the best way he knows how, namely using his platform and influence to spread awareness and raise money.

Ryan Ballengee from The Golf News Net reported Watson’s comments from the WGC-Bridgestone in Akron this week.


The two-time Masters winner announced Wednesday that he’s pledging $250,000 to support local organizations, such as Neighbors Loving Neighbors, and local churches that will be providing the community with relief and important services amid the recovery effort.

“These are people that I see every day at the hotel, at the golf courses working and now they have nothing,” Watson said at the site of this week’s WGC-Bridgestone Invitational. “It’s very devastating, but it grows a community together.”

The PGA Tour will also make a $100,000 donation to the American Red Cross, aimed at helping the victims.

Watson left his family in West Virginia on Saturday night to travel to Ohio for the tournament. He’s going to return afterward to offer some sleeves-rolled-up assistance.

“My wife is still down there. After Sunday, I’ll get back down there and do my part, get my hands dirty and try to help out in any way I can,” said Watson, who would have otherwise spent next week competing in the now-canceled The Greenbrier Classic at the resort’s The Old White TPC course.

Watson would go on to say that he has been a kind of ambassador for other Tour players who were hoping to help those affected by the flood.