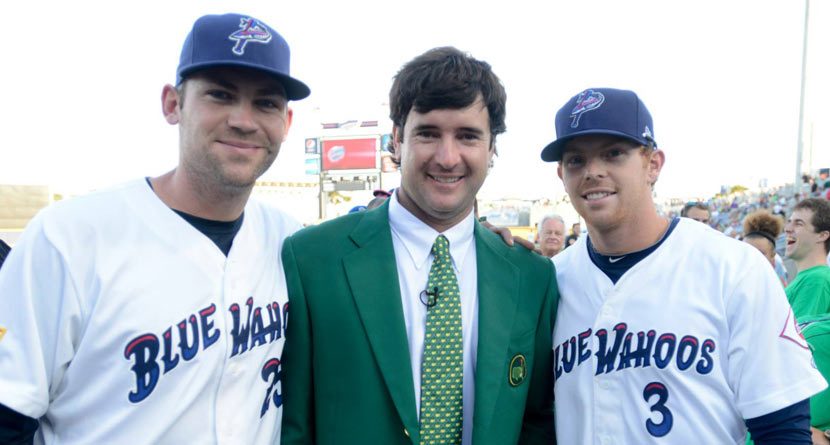 Since winning his second Masters in three years, Bubba Watson has made several return visits to where his golf career began. Thursday night Watson threw out the first pitch at the Pensacola Blue Wahoos game, which is located near his hometown of Bagdad, Fla.

After making a speech to the home crowd of fans wearing green shirts, Watson took the mound wearing his green jacket, as the fans honored him with a standing ovation. To no one’s surprise, the Masters champ threw a strike down the middle.

Watson also spent the day talking to young golfers at the First Tee of Northwest Florida at Osceola Golf Course. As a young, aspiring golfer there’s nothing better than getting advice from a two-time major winner.

“I have been so lucky, so blessed to represent Pensacola (and the Milton area) on the PGA Tour,” Watson told the Pensacola News Journal. “And then to have six wins, two of them Masters (championships) … and where I have come from and where my family has come from. It is just overwhelming.”

Earlier in the week, Watson visited his alma mater, the University of Georgia, where he met up with his former golf coach, Chris Haack.

Life’s good when you have two green jackets to your name.