Bubba Watson Runs Away With The Hero World Challenge 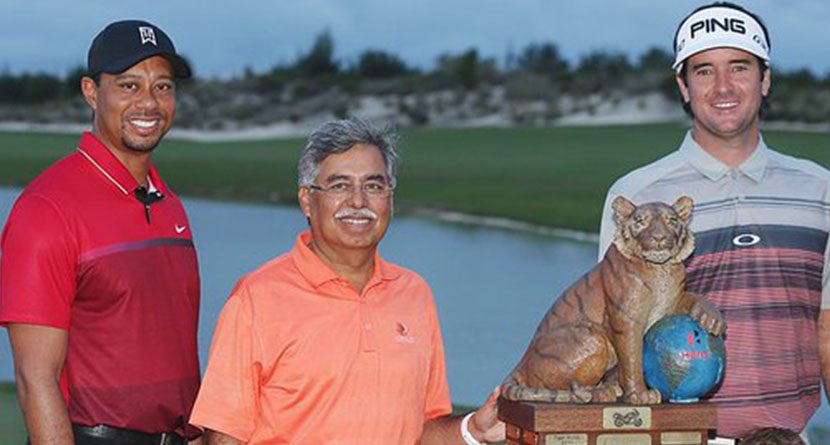 Bubba Watson proved again on Sunday that when his mind and talent are in sync, he’s one of the most formidable golfers on the planet, winning the Hero Wold Challenge by three strokes over Patrick Reed.

Entering the final round with a two-shot advantage, Watson made four birdies over his first seven holes to salt away his second victory of 2015, leaving no option for his fellow competitors except to play for second place, which they did. Reed, Rickie Fowler and Jordan Spieth all made ill-fated runs at Watson, but none were able to come within two shots of the eventual champ.

For Reed, it was his sixth consecutive top-10 finish in worldwide starts moving him to the top-10 in the world. The feat moves him closer to realizing the top-5 projection he made for himself to much disdain in 2013. As for Fowler, the 26 year old cemented his place inside that same top-10 in the world, currently sitting at No. 6. Spieth’s solo third-place finish guaranteed him the top ranking in the world heading into 2016.

How would Jordan Spieth describe his play in 2015? https://t.co/0TjVGseX3p

The PGA Tour now enters its only multiple-week break with no official tournament scheduled until Jan. 7’s Hyundai Tournament of Champions, which will feature an exclusive field open only to winners from the 2014-15 season.