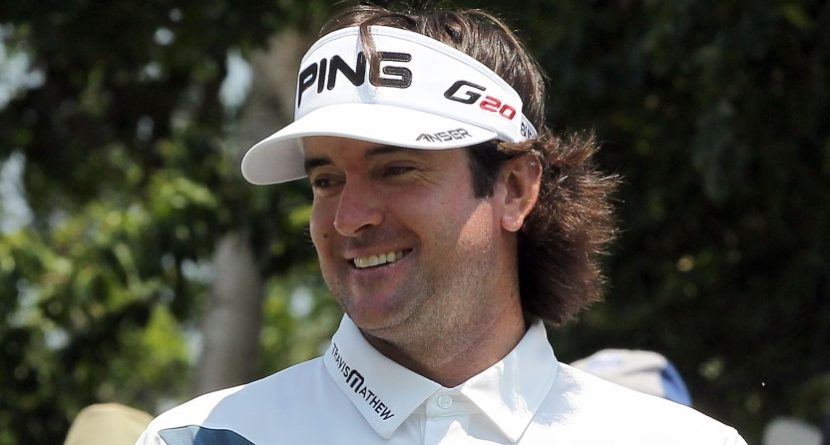 Bubba Watson has long had an affinity – like many men – for SportsCenter. During the PGA Championship last summer, he closed a self-made video by saying the show’s trademark jingle.

That may or may not have earned him the opening spot in an ESPN commercial that came out the next month, where he and a dozen other athletes said “DaDaDa DaDaDa” after big moments.

So it turns out, SportsCenter has a mutual appreciation for Watson. The golfer posted another self-made video to YouTube on Monday night, titled, “SC Top 10 Nominee?”

Then he tweeted to @SportsCenter, and sure enough, Watson made the cut.

@bubbawatson Clutch putt, Bubba. You’ll be seeing that on the late edition of SportsCenter.