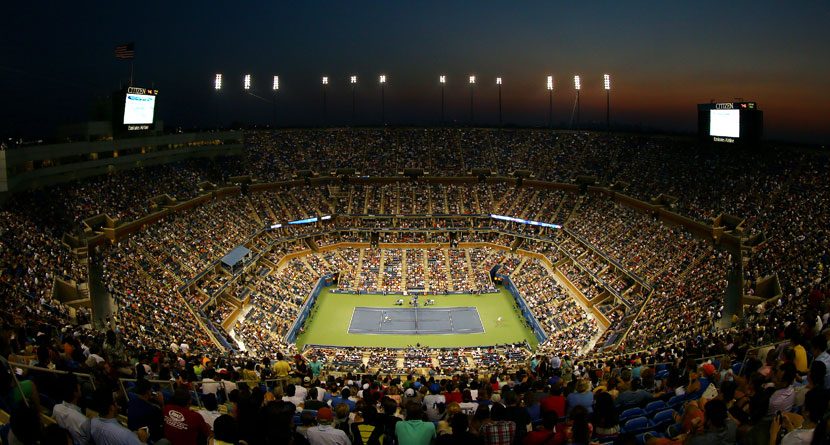 With major tennis and golf tournaments being held in the Northeast this month, we’ve seen a bit of a crossover between the two sports. First it was Andy Murray out following his buddy Rory McIlroy at The Barclays last week, and now a golfer has made his way to the U.S. Open Tennis Championship.

Ready for the night matches at the @usopen tennis! #Awesome pic.twitter.com/xsdEL0GaYd

…and his seats were so good that he asked his mom to record it so he could see himself on TV.

Mom can you DVR the @usopen on @ESPN, maybe I will be on TV… #FingersCrossed

As soon as ESPN saw he was in attendance they pounced at the opportunity to ask him some probing questions that included whether or not he believe he could hit a ball out of the stadium from the baseline.

His answer? “Yeah, for sure. I think I could get it out no problem.”

I have no doubt he could do it. In fact, he could probably pull it off with a wedge in-hand. I just wish he would’ve actually tried it.