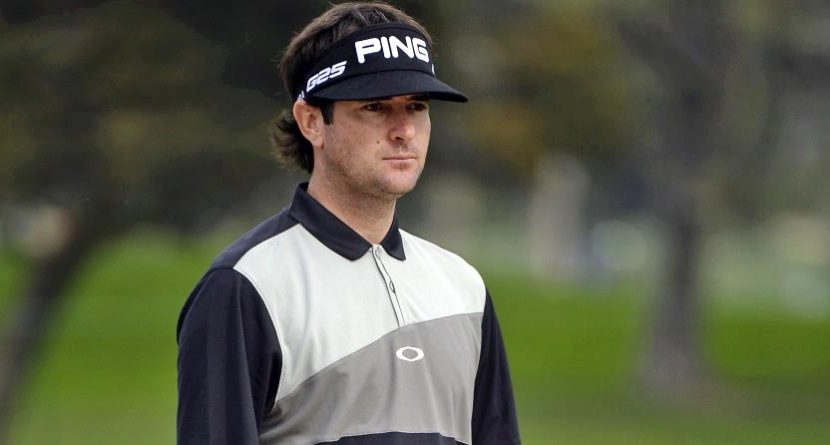 Prior to teeing off at the Northern Trust Open in Los Angeles, Bubba Watson did a little TV show circuit this week. He first appeared on the “Late Late Show with Craig Ferguson,” then stopped by “Piers Morgan Live.”

In the portion of the interview posted online, Morgan asks Watson about the Olympics, which the golfer says have gotten too political. Morgan then brings up the hot sports topic of the week — the coming out as gay of college football player Michael Sam, to which Watson responds, “It’s sad that somebody has to feel they have to come out…just be who you are.”