Bubba Watson Treated Like a Star in Return to Georgia Campus 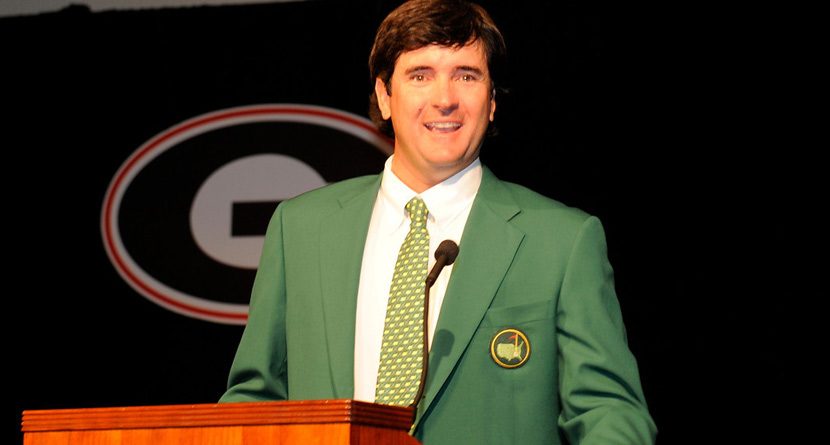 While his caddie was away trying to qualify for the Zurich Classic of New Orleans, Bubba Watson went back to school.

The two-time Masters champion and University of Georgia alum returned to campus in Athens where he met up with his college golf coach, Chris Haack, and sat down for an interview with the student media.

Along with his interview and general mingling about campus, Watson also donned the green jacket and spoke during the Student-Athlete Awards Banquet.

Watson’s visit to the UGA campus also yielded a number of great pictures of the Masters champ meeting students, hitting the bookstore and signing some gear:

(Photos courtesy of University of Georgia)

Who says you can’t go back home? Watson seems to have enjoyed his day at UGA nearly as much as those he ran into on campus. And surely little Caleb will enjoy that stuffed animal his dad’s holding in that second picture.