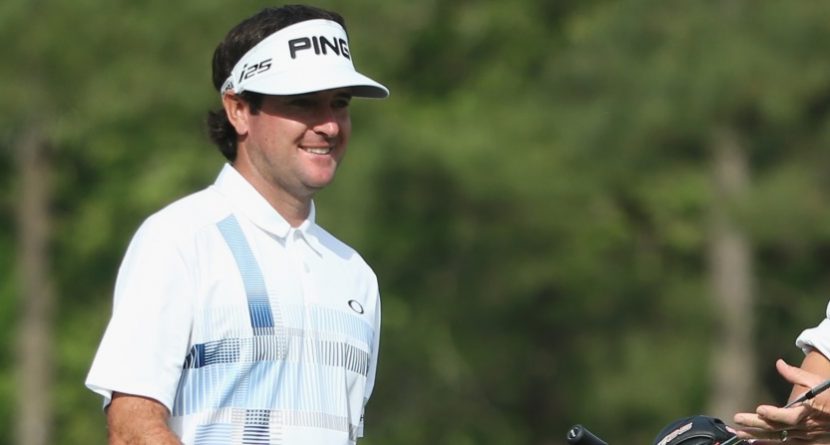 Most days in the life of Bubba Watson involve play time with his son, Caleb, chat time with his wife, Angie, practice time on the range, and TV time with SportsCenter. Other days include collecting $1.62 million checks from the Masters or shooting 83 at Bay Hill due to allergies.

Then there are the days when Watson lands in L.A., decides to show up unannounced at a random Golfsmith store, and challenge store employees and customers to putting and driving contests. This is what happened in his latest episode of the “Bubba Watson Show”: As you can imagine, few days in the life of Watson are dull. Good thing he often has a camera crew on hand.

Related Link: Need More Bubba Watson? He Now Has His Own Show