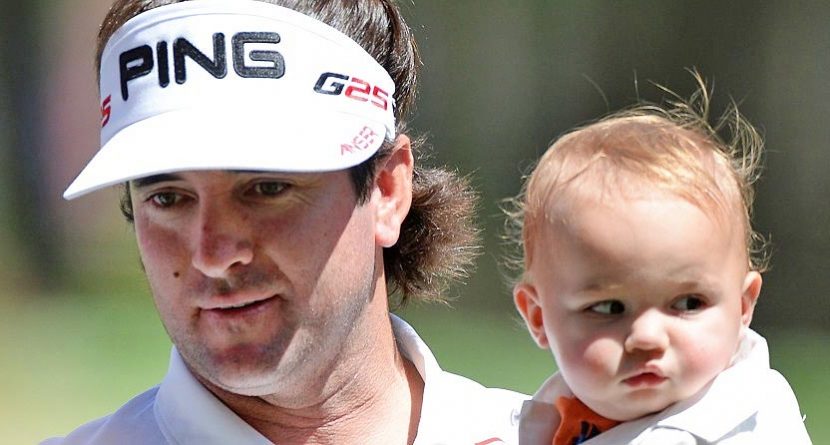 Bubba Watson on Sunday had a chance to win his first event since taking the 2012 Masters. He entered the final round of the Waste Management Phoenix Open with a two-stroke lead, and despite losing that, Watson still stood over a 5-foot par putt on 18 that would have forced a playoff with Kevin Stadler.

But he left it wide left, handing the victory to Stadler. The difference between first and second place: $570,400.

So you could understand if Watson was distraught, and surely a part of him was. But perspective has a funny way of changing when kids come into the picture. As such, Watson was as happy and proud as can be on Monday, when he posted a couple videos of his 23-month-old son, Caleb, working on his newfound golf game.

Caleb also made a new friend over the weekend: 2-year-old Benjamin Woolley, who was one of the winners of the #BubbaFanFlyaway contest Watson held last fall. This was the tournament that Woolley and the other winner, Allon Sparks, got to come out and meet Watson.

And although Watson lost his chance to win the tournament, his runner-up finish marks his best since June 2012. So all around, not a bad weekend.