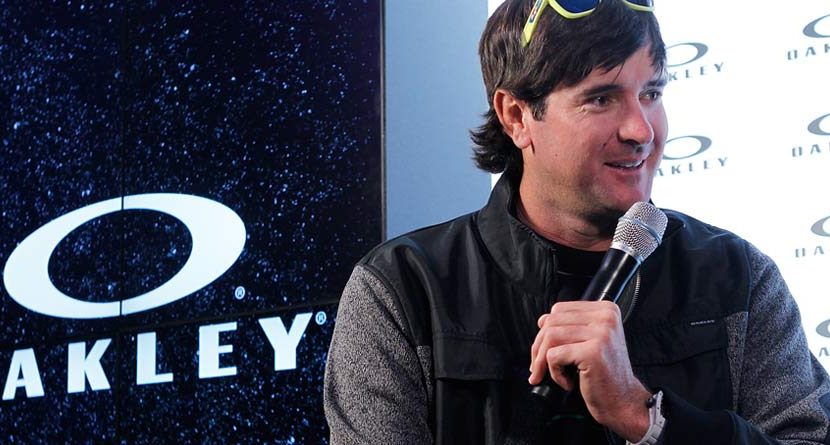 Bubba Watson appeared on MSNBC’s “Morning Joe” this morning to talk about the upcoming Masters tournament and defending the green jacket.

Well, apparently his son Caleb was up having his cup of joe as well during the interview. Bubba’s wife, Angie Watson, tweeted a picture of their son running to the TV when he heard that familiar voice. It sounds like little Caleb is already geared up for the Masters.

One of the sweetest things I’ve experienced as a mom.Went straight 4 the TV when he heard daddy’s voice! #love twitter.com/Angiewatson197…

The Watson family will be together for the traditional Par 3 Contest which is held every year the Wednesday before the tournament. I wonder if the family will be splashing through DeSoto Springs Pond and Ike’s Pond in their new Hovercart? It may not be at Amen Corner but if little Caleb gets a hold of the wheel, there may be another definition of “Amen” when the hovercraft comes to rest in Augusta.

Visit NBCNews.com for breaking news, world news, and news about the economy

What Bubba will be wearing while defending the Masters crown