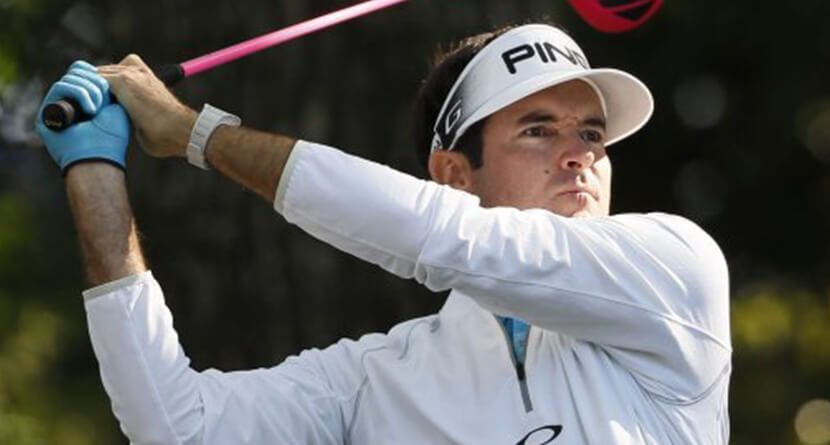 At the Memorial Tournament on Sunday, Bubba Watson and Kevin Na confirmed a widely talked about, yet never confirmed truth about PGA Tour pros who are out of contention: they make side bets.

On the opposite side of the golf course as the leaders — players went off in threesomes starting on both the first and 10th tees in an attempt to avoid inclement weather — Watson and Na began the day 14 shots back. With not much to play for that far out of contention, Na bet Watson that he couldn’t drive the green on the 363-yard par-4 14th hole.

Framed by water and bunkers, Bubba stuck it in the middle of the green, 50 feet from the cup.

Not exactly strapped for cash, Bubba and Na pulled a young fan from their gallery and gifted him the spoils of their bet.

I bet @bubbawatson $100 that he could not drive the green on 14 (363yards) Bubba and I said we would give the $100 to a kid if he drove the green. Bubba hit it middle of the green. @kevinna915 pic by @kharms27 #memorialgolftournament #PGATOUR #bubbawatson #kevinna #longdrive #golfgod #waac #elord #titleist #jacknicklaus #nexbelt

We’re not sure if Jack, the PGA Tour or Judge Smails condones this kind of behavior, but we’re happy it took place and so is the kid with the Benjamin in his pocket.