By the Numbers: 2013 PGA Tour Year in Review 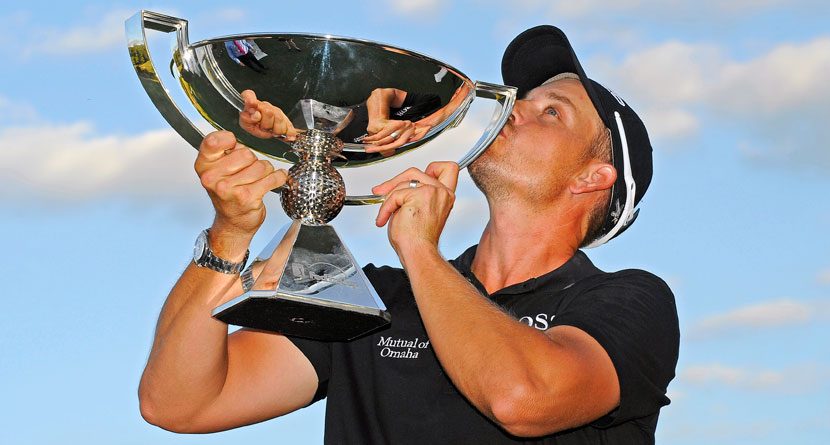 The 2013 PGA Tour season presented golf fans with some stellar and exciting play with some great finishes. We also had some stellar major champions in 2013.  Adam Scott started it off, getting the “major” monkey off his back and obtaining the coveted Masters green jacket.

Justin Rose became the first man from the U.K. to win the U.S. Open championship in more than 40 years. Phil Mickelson added another major to his Hall of Fame career, finishing incredibly strong at Muirfield to capture the Claret Jug. And finally, Jason Dufner avenged his playoff loss in 2012, and was crowned the PGA champion.

Here’s a look at some of the major statistical leaders from 2013:

Tiger Woods climbed back to No. 1 in the world, a position he’s rather accustomed to.

Tiger Woods led the season race in FedExCup points, capturing five victories on the season. Henrik Stenson eventually overtook him during the playoffs. Bob Estes got up and down 66.19 percent of the time to save par.

Proximity to the hole:

Bunkers Paradise is not just another golf blog, it is the fastest growing golf community on the web and social media. If it’s golf, we have it! Join us at Bunkers Paradise as we ‘Live, Love and Learn Everything Golf’.