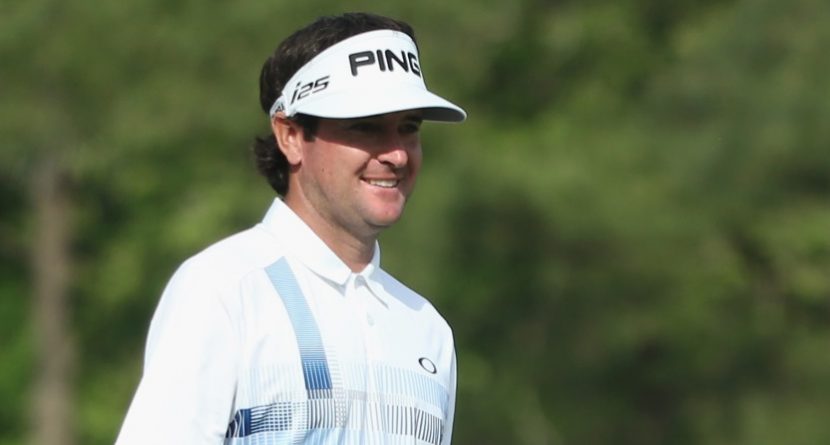 Bubba Watson was a bit shaky with a 2-over-par 74 on Saturday at the Masters, so when his playing partner in the final pairing Sunday, Jordan Spieth, jumped to a two-shot advantage after three holes, it was hard to envision Watson collecting a second green jacket in three years.

But Watson finished the day 3-under while Spieth struggled to an even-par 72. Here’s a look at some numbers from the 2014 Masters Tournament:

366 – Yards covered by Watson’s drive on the par-5 13th Sunday. It at first appeared to be out of bounds, but it cleared some trees and settled nicely in the fairway, setting him up for a fifth and final birdie of the day. That was essentially the dagger that put Spieth away, as that hole gave Watson a three-shot lead. Not surprisingly, Watson led all players in driving distance, averaging 305.63 yards for the week. 600 – Number of FedExCup points that come with the victory, moving Watson from fifth to second in the Cup standings. That leaves him only 206 points behind Jimmy Walker, who’s won three times on the PGA Tour this season (and played five more events than Watson).

17 – Players with more than one Masters victory in their lifetime, now including Watson. 6 – Number of Masters Tournaments in the past 12 years to have been won by left-handers: Watson twice, Phil Mickelson three times, and Mike Weir once.

3 – Number of players in the last 22 majors who have won more than once: Watson, Mickelson and Rory McIlroy. Watson has won twice in 25 career majors.

6 – Number of career PGA Tour wins for Watson, including his two Masters championships and his two triumphs this 2013-14 season. He also took the Northern Trust Open in February.

83 – Watson’s score in his most recent official round prior to the Masters. He was 11-over-par after the first round and withdrew, citing allergies. 6 – Number of players to begin their first Masters with three straight sub-par rounds. Both Spieth and Blixt joined the list this year, while Blixt is one of two players to stay under par for each of the four rounds in his Masters debut (joining Zoeller).

5th – Place finished by Matt Kuchar, the best result for anyone ranked in the top 10 entering this week. Three top-10 players didn’t make the cut (Mickelson, Sergio Garcia, Zach Johnson), and world No. 1 Tiger Woods did not play with a back injury.

5 – The number of consecutive years Lee Westwood has placed in the top 15 at the Masters, the only player to do so. None of those were victories and the Englishman still holds the most top-3 finishes in a major championship without a victory since 1934 (eight). He also holds the distinction of most active major starts without a victory (64).

24 – Number of players who made their first start at the 2014 Masters, an all-time record.