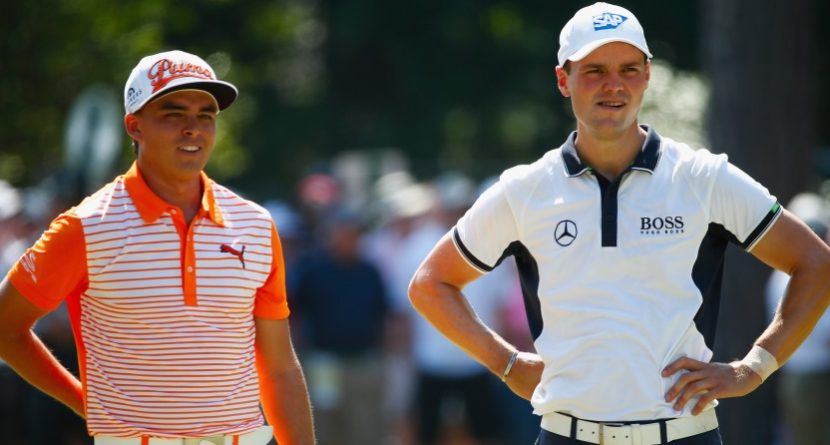 What the 114th U.S. Open lacked in suspense, Martin Kaymer made up for in dominance. The 29-year-old German’s wire-to-wire win gave him his second career major and second victory in 2014.

Here’s a look at some numbers behind the tournament:

9 – Strokes under par Kaymer that finished, the third best score in relation to par in U.S. Open history.

130 – Total number of strokes taken by Kaymer through the first two rounds, the fewest ever after 36 holes at a U.S. Open.

65 – Kaymer’s score in both the first and second rounds, becoming the first player to open the first 36 holes of a major with rounds of 65 or better.

1 – Greens out of 72 on which Kaymer three-putted this week. 7 – Number of players who have now won the U.S. Open wire-to-wire.

$1,620,000 – Winner’s check for the 2014 U.S. Open, the largest in the event’s history and the same amount given to Bubba Watson at the 2014 Masters. The total purse for both events was $9 million; only the PGA Championship and Players Championship offer more ($10 million each).

$3,420,000 – Amount of money earned by Kaymer from his two victories this year, more than all but five other players in the world have earned all season (and more than all but 14 for all of last season). His other win came at the Players Championship, which handed him a $1,800,000 check, the largest in golf history and more than he had earned in any other season on the PGA Tour. He is the first player to win the Players and U.S. Open in the same season.

4th – Place on the PGA Tour season money list that Kaymer now occupies, up from 15th entering the U.S. Open.

10 – Number of years Kaymer is now exempt from having to qualify for the U.S. Open.

2 – Number of majors Kaymer now owns. His first was the 2010 PGA Championship.

18 – Number of players who have won a PGA Championship and U.S. Open in their career.

2 – Number of German golfers who have won men’s majors. Kaymer and his golfing idol, Bernhard Langer, both own two career majors, but both of Langer’s came at the Masters (1985, 1993).

2 – Majors competed in by Compton. He missed the cut at the 2010 U.S. Open but tied for second this year, his first career top-three result on the PGA Tour.

3 – Number of hearts Compton has lived with. His first heart transplant came when he was 12, and his second occurred six years ago. 3 – Aggregate strokes under par for Fowler in the Masters and U.S. Open. Only Kaymer’s score comes out better, but he was -9 at the U.S. Open and +5 at the Masters. Fowler is the only golfer to finish in the top five at both majors so far this season.

18 – Number of shots over par for Toru Taniguchi on Saturday: seven bogeys, four double-bogeys, one triple-bogey. His 88 was the worst round of the tournament and his 29-over-par 309 was the worst score of the 67 golfers who made the cut.