By the Numbers: Honda Classic 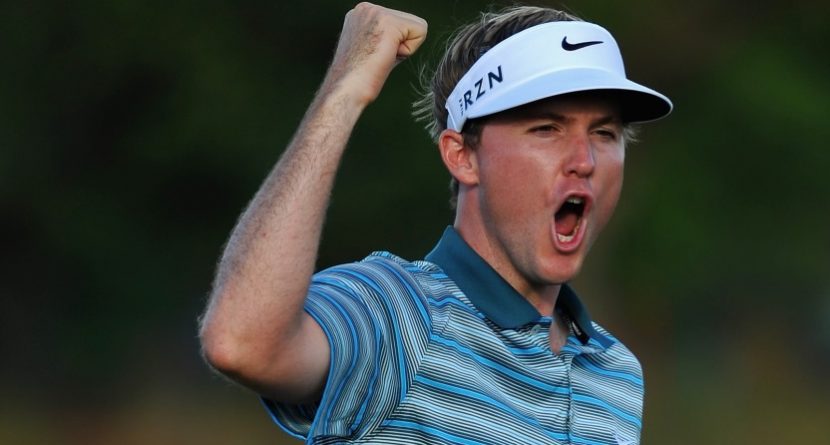 4 – Number of players who took part in a playoff after finishing 8-under-par overall: Henley, McIlroy, Russell Knox and Ryan Palmer.

2 – Number of putts needed by Henley, 24, to make birdie after reaching the green in two on the first playoff hole, the 556-yard, par-5 18th. Each of his competitors made par.

2 – Number of PGA Tour victories for Henley in his second season on tour. His first career victory came in his PGA Tour debut at the 2013 Sony Open.

2 – The lead in number of strokes that McIlroy held heading into Sunday. And to think that his 4-over-par day still gave him a chance to win.

12 – Length in feet that McIlroy’s ball sat from his final hole of regulation, and it got there in two after a 5-wood from 236 yards. That gave him a shot at eagle and the outright victory, but his putt trailed right.

74 – Final-round tally for McIlroy, his second consecutive such score on the last day of a stroke-play tournament. He also fell out of contention a month ago at the Omega Dubai Desert Classic with a 74 that dropped him from two shots back of the lead to a ninth-place tie.

$448 – Amount in thousands that each of the three runners-up collected.

13 – Number of holes played Sunday by Tiger Woods, who withdrew due to back pain and was 5-over on the day at that point. That makes the second straight year that the world No. 1 has withdrawn from the Honda Classic before finishing a round, as McIlroy walked off after only 27 total holes last year.

41st – Best finish for Woods so far in 2014, in which he’s made three starts (Honda Classic, Farmers Insurance Open, and Omega Dubai Desert Classic). He took a T-80 after missing the 54-hole Farmers cut, placed 41st in Dubai, and then withdrew this week after barely making the cut but rallying for a 5-under-par third round.

69 – Final-round score for Palmer, the only guy in the playoff who kept it under par on Sunday. Low score of the day was only a 3-under 67 (shot by six players) after Saturday saw a handful of 65s, and Thursday and Friday each witnessed 63s.

75 – Length in feet of Paula Creamer’s eagle putt on the second playoff hole at the HSBC Women’s Champions in Singapore to defeat Azahara Munoz. It’s Creamer’s first LPGA title since she won the 2010 U.S. Women’s Open.

4 – Number of years it had been since Ross Fisher had won on the European Tour before he took the Tshwane Open on Sunday in South Africa. The Englishman won by three strokes over Michael Hoey.

Other Hot Links:
– 9 Questions with PGA of America’s Wendell Haskins
– Danica Patrick Is Really Catching On To This Golf Thing
– The Lowdown on Bubba Watson’s Bulletproof Truck
– Is FootGolf the Next Big Thing?
– Sydney Leroux Fails, Then Succeeds in Happy Gilmore Drive