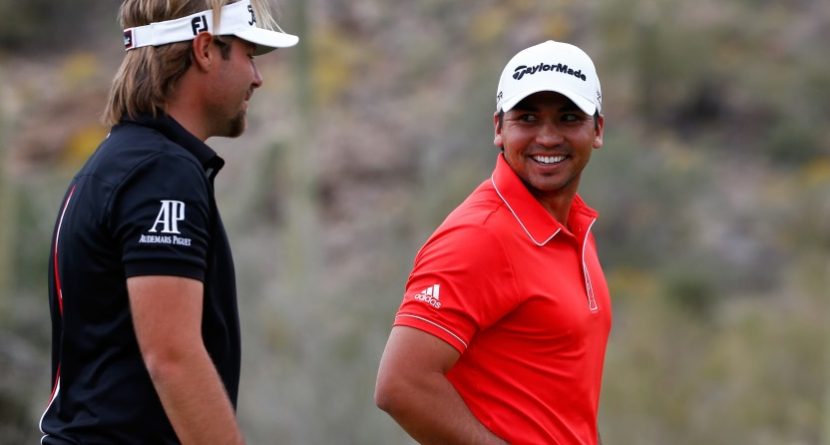 While the Winter Olympics came to a close and the Daytona 500 raced through the rain, pro golf’s match-play masterpiece took place. Here’s a look at some numbers that came out of the World Golf Championships-Accenture Match Play Championship, won by Australia’s Jason Day:

23 – Number of holes it took Day to fend off France’s Victor Dubuisson in the championship match – five holes of sudden-death golf.

$1.53 million – Payout for Day, the largest of his career and among the largest in professional golf. Only the Players Championship’s $1.71 million victor’s payout was higher than WGC events last year (the Players and PGA Championships will give their winner’s $1.8 million in 2014).

2 – Number of career wins on the PGA Tour for the 26-year-old Day. His first such victory came at the 2010 HP Byron Nelson Championship.

1999 – The last year in which the Accenture Match Play Championship went to overtime. Jeff Maggert defeated Andrew Magee on the second extra hole.

2 – Number of incredible saves Dubuisson made from patches of desert to stay alive in the playoff:

5 – Number of total PGA Tour-sanctioned events Dubuisson has ever played.

3rd – Place taken by Rickie Fowler, who knocked off Ernie Els after 19 holes in the consolation match Sunday. Fowler was a No. 14 seed. His strong result will move him into the world rankings’ top 50, thus getting him into the next WGC event, the Cadillac Championship at Doral.

0 – Number of No. 1 seeds that advanced past the second round this week. Zach Johnson was eliminated in the first round, and Justin Rose, Rory McIlroy and Henrik Stenson were all taken out in the second.

5 – Number of years it had been since Anna Nordqvist last won an event. The Swede claimed the LPGA Thailand on Sunday by holding off world No. 1 Inbee Park.