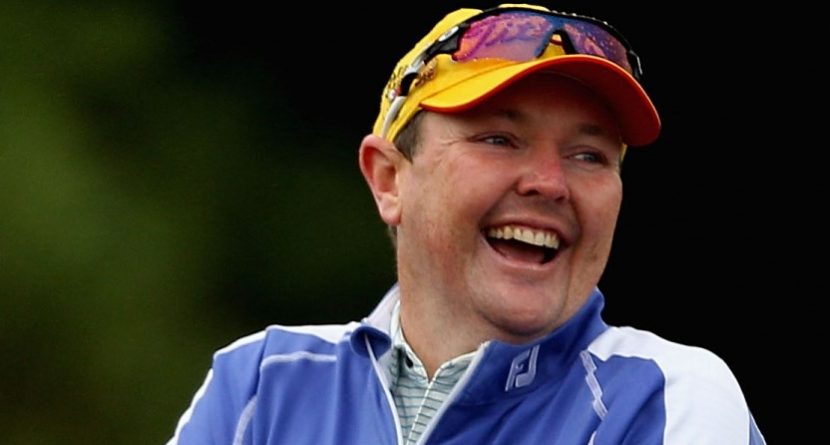 When Australian Jarrod Lyle fought a battle with leukemia and won at the age of 17, he thought nothing could stand in his way of becoming a professional golfer. He accomplished that goal, turning pro in 2004 and earning a coveted PGA Tour card in 2007.

But as a 30-year-old in March 2012, acute myeloid leukemia returned. It could have derailed his still-young golfing career, but Lyle let nothing stand in his way of getting back on the course. After 20 months away from the game, Lyle will return to professional golf Thursday at the Australian Masters in Melbourne.

On hand to applaud him will be his wife, Briony, and his daughter, Lusi, who was born a few months after Lyle’s second diagnosis – and despite doctors’ warnings that the chemo from his first bout with the cancer could have left him sterile. Countless golf competitors will be cheering his comeback as well.

Upon learning of the cancer returning, Lyle received a medical exemption from the PGA Tour allowing him to rejoin the circuit whenever he feels he’s healthy enough. That could happen next year, or possibly 2015, but his appearance at the Masters is a mammoth step in the right direction.