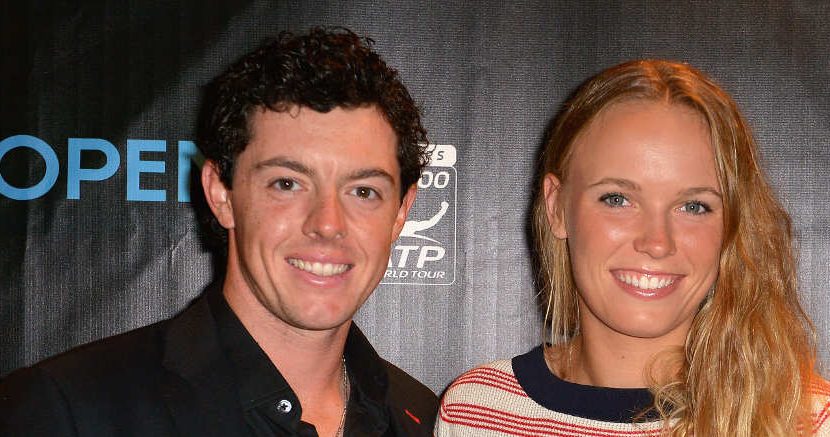 Well, this is confusing.

Caroline Wozniacki showed her affection for world No. 1 golfer (maybe not for long, eh, Tiger?) and boyfriend Rory McIlroy by donning a curly hair wig to match the Ulsterman’s famous mop. (The headlining picture for this article is what she looked like sans wig.)

The Danish former tennis No. 1 wore the wig with McIlroy on Tuesday night at a player’s party before the Sony Ericsson Open in Miami.

Here is me trying to do my best @mcilroyrory impression at the players party last night! twitter.com/CaroWozniacki/…

McIlroy was scolded by Arnold Palmer earlier in the week for skipping his event at Bay Hill in Orlando. Since this is what he was doing with his time, maybe the King was on to something.

Or maybe this was the couple’s best shot at a publicity stunt to steal some attention away from the newly public Tiger Woods-Lindsey Vonn relationship.