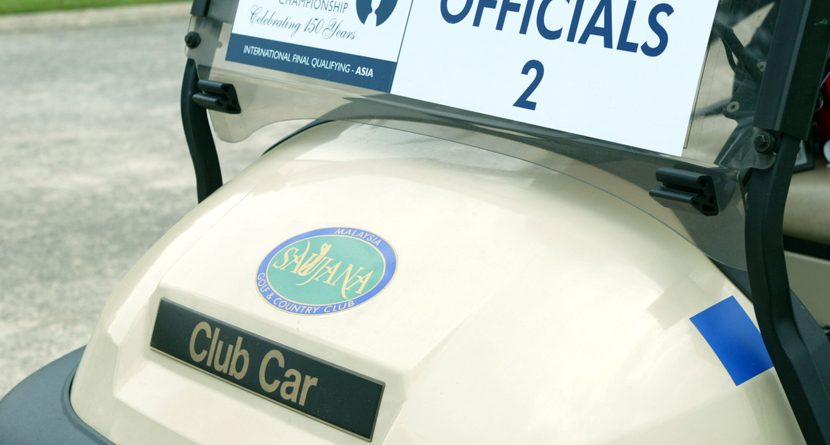 Spring has sprung, and I’m back with three insider secrets to enlighten and depress you.

Golf courses are like Slumdog Millionaire: there’s a strict caste system and everyone is obsessed with TV game shows (OK, only half of that is true.). At the top of the pecking order is the head pro, followed by the assistant pro, the golf shop employees, the snack bar employees, the cart attendants, and the grounds crew. When I was a “golf cart and driving range attendant,” the Carl Spacklers on the grounds crew all hated me just because I was one step up on the food chain.

At the same time, we cart boys had absolutely no respect for anyone above us in the hierarchy. From the outside, it’s one big happy golf family, but inside it’s more Machiavellian than House of Cards.

Everyone is sizing you up

When you’re picking up range balls and washing windows all day, guessing people’s skill level by their appearance becomes a fun game. My co-workers and I became very astute at judging players as they arrived at the course. Rubber head covers on every iron in the bag? You’re a hacker. Arriving with your spouse and you’re both wearing visors? I bet you can play. Employees at your course may smile and nod, but they’re secretly judging you.

When an EZ-Go returned from a long day on the links, we’d hose it down with well water and dry it with towels that must have pre-dated Arnold Palmer. Sometimes the towels were clean, sometimes they weren’t — the laundry duties were handled by a bunch of 16-year-olds, so draw your own conclusions. And consider bringing your own Purell next time you play.