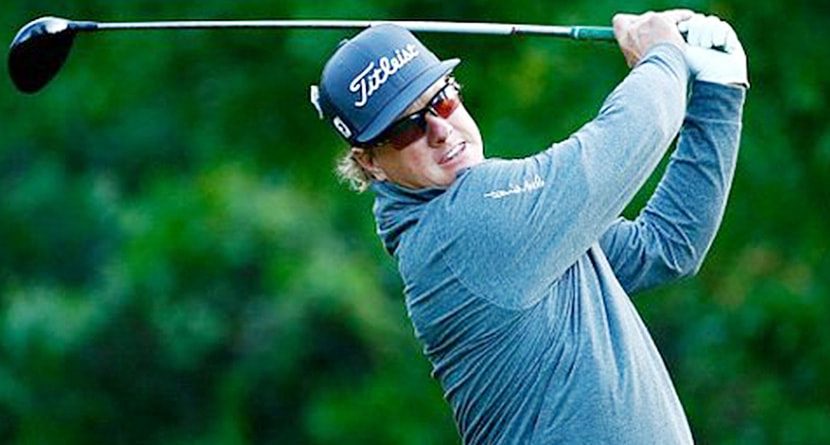 There’s something you don’t see every day. #QuickHits https://t.co/QtnFLckIqI

Now, that’s something you don’t see everyday. The PGA Tour professionals, they’re just like us!

What’s even more surprising is that Charley Hoffman is in the hunt this week. Hoffman dribbled his tee shot on the par-4 6th hole in the third round a grand total of 212 yards.

We get a shown an inaccurate portrayal of just what the guys on Tour can do wrong typically because the guys who are actually on TV are playing pretty well. There are plenty of bad shots to go around at a PGA Tour event, but most of the guys who are hitting them don’t make it around for the weekend.

Hoffman’s the rare exception. In contention, he simply hit a terrible, awful tee shot on the sixth hole. Even after that brain fart on the tee, however, Hoffman recovered and made par on the hole. He’s tied for second place entering the final round.