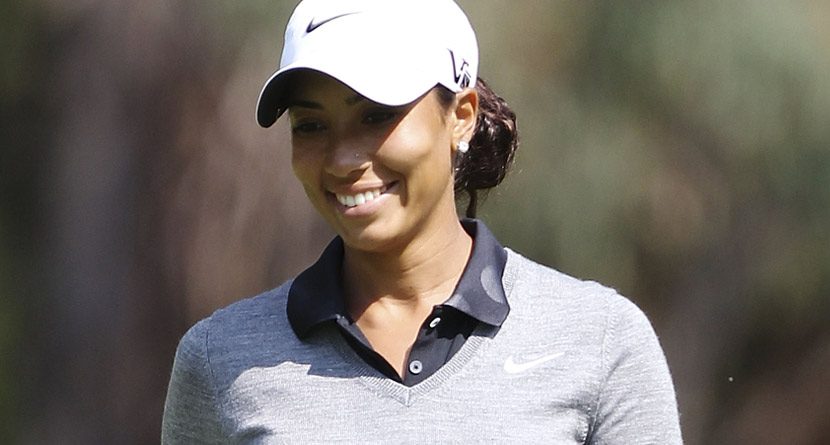 Before making her way over to the Buckinghamshire Golf Club for the Ladies European Masters this weekend, Back9Network player ambassador Cheyenne Woods stopped by the British Broadcasting Corporation studios in London for a bit of a media tour. And the British press loved her. She’s in town to compete at the Ladies European Tour event, and should she finish among the top three players not already qualified for the Women’s British Open (Aug. 1-4), Woods would book a spot at the St. Andrews Old Course. If she doesn’t qualify this week, final qualifying is Monday at Kingsbarns Golf Club, just down the road from St. Andrews in Scotland.

The BBC sports website followed up with a feature on Woods today, as did London’s Daily Telegraph newspaper.

Then on Thursday, her 23rd birthday, she spoke with another British TV station, Sky Sports.

Woods is looking to build on her first-round performance from last week at the Spain Open, where she shot a career-low 64. She went on to finish tied for 32nd.

A British Open appearance would be the first for Woods, who is playing her first year of professional golf.

Other Hot Links:
– Back9 in 90: Concept Carts & Perfect Pins
– The 9: Royal #Babytalk & Royally Overpaid Athletes
– #Newsworthy9: In The Huddle