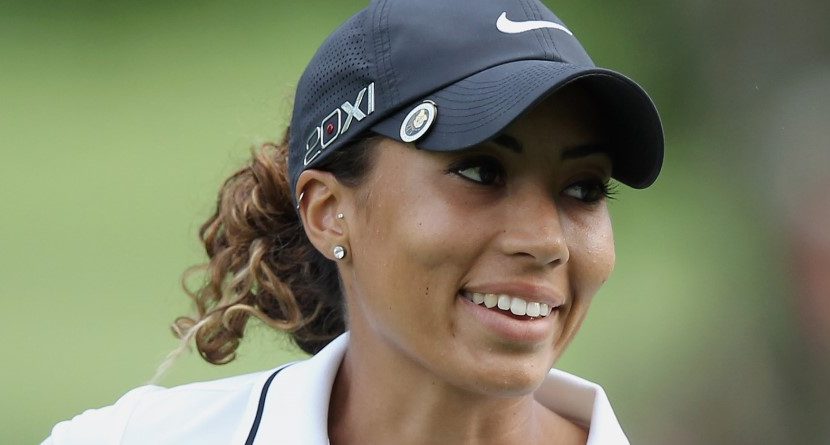 Hours before Tiger Woods teed off Thursday in Scotland at the 142nd Open Championship, Cheyenne Woods corralled the clubhouse lead after one round at the Open de Espana Femenino, a Ladies European Tour event.

The niece of the No. 1 golfer in the world, and a Back9Network ambassador, Woods recorded an eight-under-par 64 in Madrid to lead a LET event for the first time in her career. The rookie tallied eight birdies – four on the front and four on the back.

“I started out birdie, birdie and that was a great way to start out,” Woods said in a tour release. “I had birdies here and there and my putting was great. I just played really steady. Everything clicked today so I felt great. Hopefully I can continue just part of that tomorrow.”

The 22-year-old, whose birthday is a week from today, owns one win in her professional career. Last August, she rolled to a four-shot victory at a Suncoast Ladies Series event at the LPGA International club in Daytona, Fla.

With the early start to her day Thursday, Woods said she would get some afternoon practice in, but also take time to watch Uncle Tiger begin his attempt to collect his first major championship in five years.

Other Hot Links:
– 9 Most Powerful Golfers
– The 9: This Guy’s Got Balls!
– 5 Fun Facts about Muirfield