Cheyenne Woods: Masters Practice Rounds Are Special For Everyone 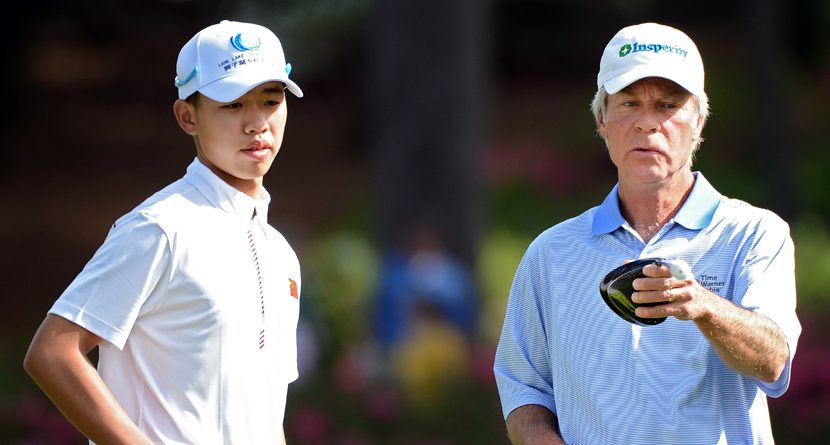 As a professional golfer, the words “practice round” sometimes make me cringe. Those words often mean slow play and very long days. But after attending two practice rounds at Augusta National as a spectator, they have a much different meaning to me.

Practice rounds at the Masters are fun and relaxed, especially for the patrons. You are able to see a very different side of players that you don’t see during the usual tournament grind Thursday through Sunday. To see good friends Bubba Watson and Rickie Fowler walking down the 15th fairway smiling, laughing and interacting with the patrons gives those watching a sneak peek into who they really are. These moments are unique and special for those lucky enough to be there.

Practice rounds are also a great opportunity for golf fans, along with other professional golfers, to learn how the best players in the world strategize and plan how they will attack a golf course. This week, I got an inside look at how they prepare for a major championship.

I had the chance to watch 61-year-old Ben Crenshaw and 14-year-old Tianlang Guan play their practice round together. Tianlang won the 2012 Asia-Pacific Amateur Championship to qualify for the Masters, and, at 14, he’s the youngest person to ever play in the tournament.

What struck me was seeing the two-time Masters champion tutoring the teenager as they worked their way around the course. Crenshaw showed Tianlang where to lay up, what pins to go for, and even helped him read putts. When they reached the par-3 16th, the patrons cheered and begged both players to try and skip a ball across the water and onto the green. It was a special moment for the youngster and me, and one that you don’t get to see during tournament play.

During the past two days I have learned how important these practice rounds are, particularly for young players and first-time participants like Tianlang. Following his round with Crenshaw, he played nine holes with Tiger Woods. Guan was one of 10,000 people who attended a Tiger Woods clinic in China two years ago. Now he’s walking the lush fairways of Augusta National with his idol.

The practice rounds end Wednesday with the par-3 contest. This event is a chance for the players to have fun with their families and friends. For the patrons, it’s also an opportunity to see the greats of the game like Jack Nicklaus, Arnold Palmer and Gary Player turn back the clock, put on a show for the fans and have a good time together.

If you ever get a chance to attend a practice round at Augusta National, I urge you to do whatever you can to take part in this very special experience.

Read and see more from Cheyenne Woods at the Masters: