Co-Leader ‘Happy To Be Alive’ After Marathon Friday At Zurich 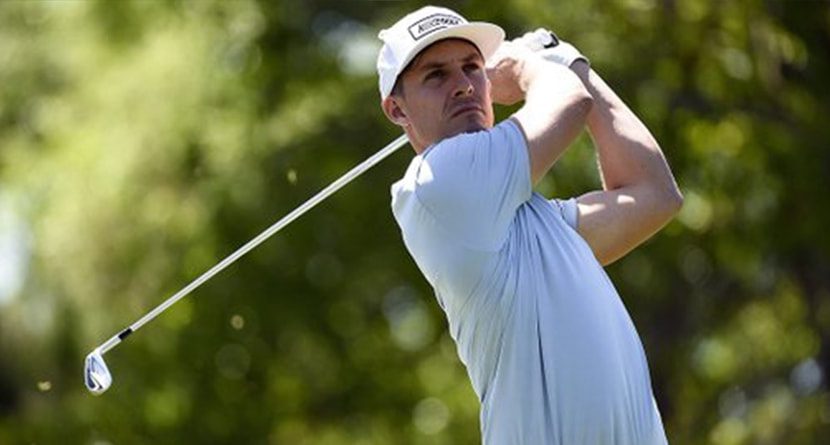 A five-hour rain delay during Thursday’s first round o the Zurich Classic turned Friday in New Orleans into a survival of the fittest. With the majority of field forced to play more than 18 holes, and as many as 30 in hot and humid temperatures, just getting around TPC Louisiana was a feat in itself.

“Just happy to be alive,” co-leader Jamie Lovemark said after his 27-hole day. “It was hot, humid. It’s a tough walk, just soft, so ate a ton, walked slow. Not too bad. “I’m going to go sleep, man, find some AC, chill a little bit. I’m staying in town, so get some good food and just kind of relax, watch some basketball.”

Lovemark shares the lead with Jhonattan Vegas at 11-under par. Overnight leader Brian Stuard is one off the pace with six holes remaining in his second round. That pack of three has separated themselves from a pack at 8-under on down that is headed up by rookie Harold Varner III. Patton Kizzire, Thomas Aiken and Daniel Berger are all at 7-under par.

Jason Day is at 5-under par with eight holes remaining in his second round. Rickie Fowler is at 4-under with nine holes to play. Justin Rose completed his second round, a second consecutive even par 72 and will miss the cut. He becomes the third consecutive defending champion to fail to play the weekend in his title defense, joining Billy Horschel (2014) and Seung-Yul Noh (2013).