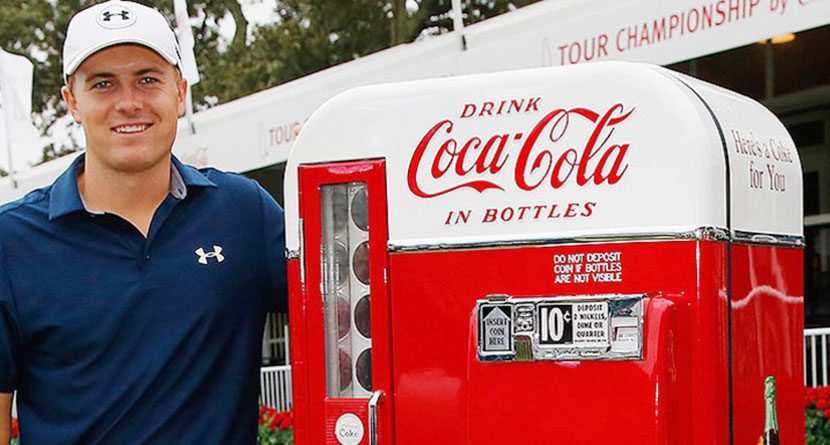 Jordan Spieth decided he wouldn’t be competing in Rio next month as golf returns to the Olympics for the first time in 112 years. As a result, Coca-Cola has decided to leave Spieth’s image at home as well, according to Sports Business Daily.

Meanwhile, golfer Jordan Spieth will not be identified by name on Coke Olympic packaging following his announcement Monday he will not play in Rio. A silhouette of a golfer will still appear on the low-calorie Coca-Cola Life product, but will not name Spieth.

The company will soon launch special Olympic packaging for its Coca-Cola, Diet Coke and Coca-Cola Zero products through August. The bottles and cans feature silhouettes of the athletes. Coca-Cola also has tapped athlete endorsers and prepared creative for the brands Powerade, Minute Maid, Core Power milk shakes, Zico coconut water and vitaminwater. “It’s a much more significant presence for other brands in addition to the brand Coca-Cola than you would have seen in the past,” said Coca-Cola Dir of Worldwide Sports & Event Management Peter Franklin.


The beverage giant was able to stop production on some of Spieth’s inclusion on the packaging, but not all, according to AdAge.com.

“As a member of the Coca-Cola family, we support and respect Jordan’s decision,” a Coca-Cola spokeswoman said today in an emailed statement. “We wish him the very best of luck in the remainder of the PGA Tour season and beyond.”

Coke was able to stop packaging featuring Mr. Spieth so it will not appear in market, the spokeswoman said. But the company does not plan to pull material already produced, including point-of-sale signage, so there is a chance that consumers might encounter Olympic materials showing Mr. Spieth. The golfer remains a significant part of Coke’s broader marketing plans. He is featured in a TV ad that recently began airing.