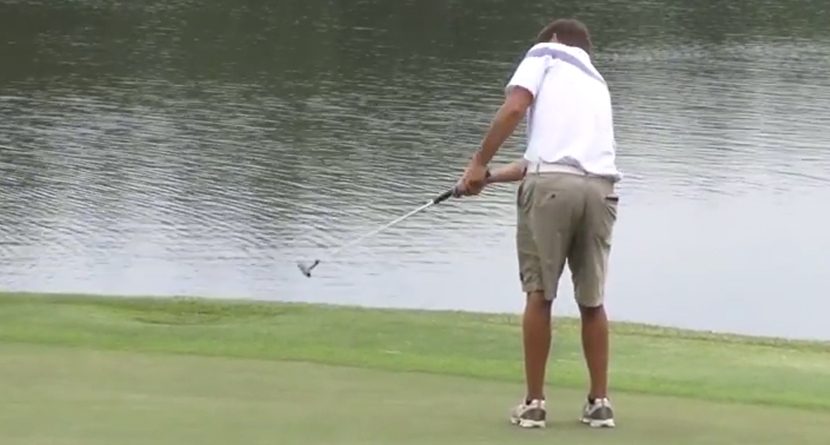 The future of professional golf played earlier this week at various NCAA Regional sites around the country, all in the hope of qualifying for the NCAA Championships in Eugene, Ore. May 27-June 1.

One of those players who was hoping to earn a trip to Oregon was Wofford University junior Andrew Novak. The Terrier golfer made a valiant effort towards that goal with a monster 100-foot-plus birdie putt on the par-4 18th hole at Ol’ Colony Golf Course in Tuscaloosa, Ala. on Tuesday.


“That’s easily the longest putt I’ve ever made. I don’t know if I’ve even attempted any putts that long before,” Novak said, according to Golfweek.com. “It was every bit of 100 feet. There was water back behind the hole and I was actually worried about putting into the water. But I picked a line and hit it and it went in. It was luck, really, but it worked out.”

Novak fired an even-par 72 on Tuesday and following a second consecutive round of 72 on Wednesday, he finished at 1-over par for the three qualification rounds. Competing as an individual, Novak needed to be the top individual not on a qualifying team to earn passage to Eugene, which he was unable to do.

Still, the putt is garnering national attention and it calls to mind another long putt holed on a par-4.