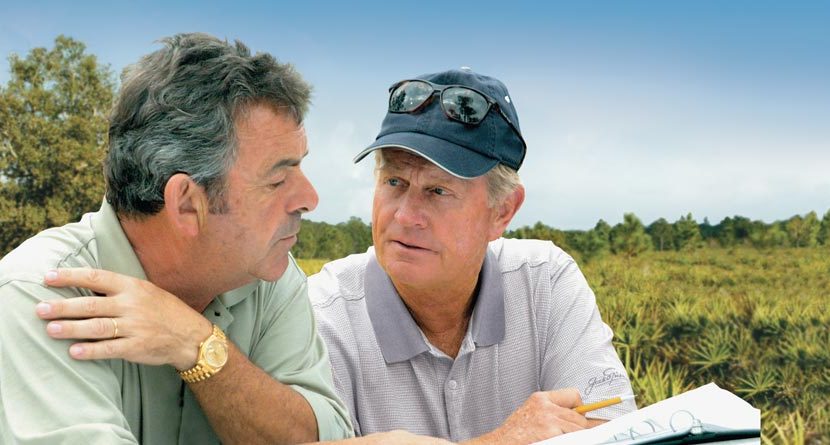 The Concession Club has announced that it will be hosting a new match-play style amateur tournament called the Concession Cup, starting in 2014. The Cup, like the course, is named in honor of Jack Nicklaus’ famous concession to Tony Jacklin in the 1969 Ryder Cup. The concession meant the matches ended in a tie for the first time and the gesture stands as testament to the importance of sportsmanship.

The new event is scheduled to take place May 1-3, 2014, with pre-tournament ceremonies beginning on April 28. It will feature teams from the United States, Great Britain and Ireland, as was the original format of the Ryder Cup matches. Eighteen-player teams consist of eight mid-am players (age 25+), eight senior-am players (up to age 65) and two super-senior players (ages 65+). “We are excited to bring this event to the Concession Club in Bradenton, Fla., and are committed to establishing the event as a biennial tradition in amateur golf.”

Fittingly, the honorary captains for this inaugural event are Jack Nicklaus and Tony Jacklin. Nicklaus won 73 times on the PGA Tour and holds 18 major titles, an all-time record. Jacklin is the most decorated British golfer of his generation, winning the 1969 Open Championship and the 1970 U.S. Open. Both men are members of the World Golf Hall of Fame. “I am excited to be part of The Concession Cup and to join my friend Tony Jacklin as an Honorary Captain,” Nicklaus said. “My appreciation for amateur golf has always been strong […] so I am very pleased to lend my support to this terrific event.”

“Jack and I obviously shared a very special time at the 1969 Ryder Cup matches, and to know that the spirit of that moment was part of the vision for The Concession Cup is very gratifying,” Jacklin said. “I am already looking forward to the event next April.”

As honorary captains, Nicklaus and Jacklin will serve as key components in the opening ceremonies and throughout the event. Ryder Cup-winning captain (2008) and Concession Club member Paul Azinger will serve as the honorary chairman of the event, and six-time PGA Tour winner and NBC golf commentator Gary Koch will serve as host and emcee. “We are thrilled to have the support of Jack, Tony, Paul and Gary for The Concession Cup,” Cassidy said. “Their participation only increases our anticipation for what we know will be a tremendous event as we celebrate the spirit of Amateur Golf.”

The Concession Club has also announced that it will host the 2014 Big Ten Match-Play Championship, as well as the 2015 NCAA Men’s and Women’s Golf Championships.

Other Hot Links:
– TV Preview: Back9Network Original Programming
– Greg Norman on Tiger: ‘I Probably Would Have Beat Him’
– An Inside Look at the ‘Best Golf Shot Ever’