Crazy Money: How $11.4 Million Compares to Other Sports 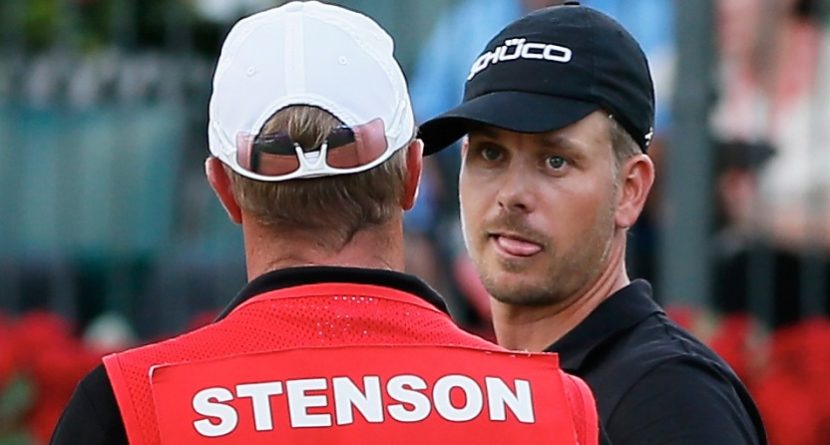 Eleven point four million dollars. Think about that. That may not seem like much in this era of nine-figure sports contracts, but billions of people could live the rest of their lives off the $11.4 million that Henrik Stenson collected on Sunday – for playing golf, the sport on which millions of those billions would probably spend that cash if they owned it.

In the U.S., big money like that in sports is the norm. But it’s not in Sweden, Stenson’s homeland. Those 11.4 million dollars convert to roughly 75 million Swedish Krona, an amount that couldn’t be further from the norm in Sweden.

So not surprisingly, some envy took hold over there. Ultra-triathlete Jonas Colting complained via Twitter over the weekend, essentially saying golf is a sport that fat old guys can play. But to Stenson’s defense arose Swedish hockey player Erik Karlsson, who said anyone can swim, bike or run, but few people can golf at Stenson’s level. (Throw this link in Google Translate and you’ll get the gist.)

The point is: It’s a lot of money, especially for one week of work. So let’s break it down and compare it to other crazy dollar amounts in the world of sports:

– Stenson totaled 267 strokes over the four rounds of the Tour Championship, in the end earning $42,846 per stroke.

– Entering 2013, Stenson had earned $8,124,055 on the PGA Tour. He passed the $10 million career earnings mark when he finished runner-up at the Open Championship in July. So with Sunday’s $10 million FedExCup bonus, he matched what took him nearly 15 years to earn in PGA Tour events alone.

– Stenson’s payout is more than the New England Patriots will pay Tom Brady all season. The quarterback restructured his contract in February, giving him a team-friendly $1 million salary with a $10 million signing bonus – for “only” $11 million in 2013. However, the deal covers five years and will pay a total of $60 million guaranteed. Guaranteed money is unheard of to golfers.