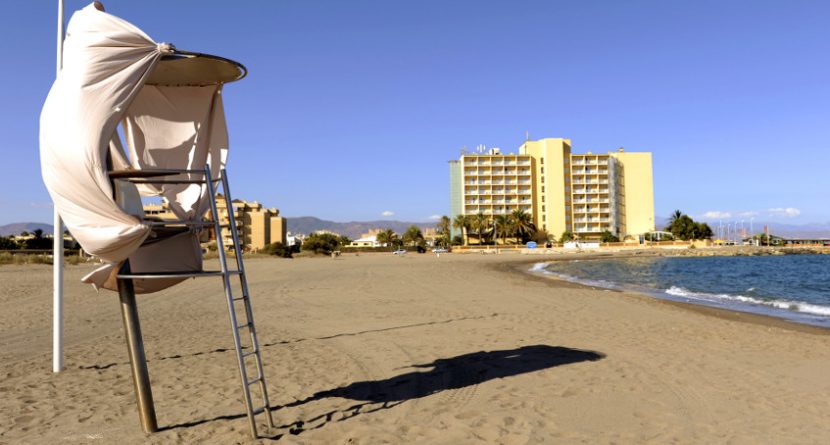 That man was, of course, Severiano Ballesteros, and it’s always worth pondering what state European golf would be in without him because it wasn’t just the bare bones of his success that were impressive (five majors and reinvigorating the Ryder Cup), but his transformation of the mindset of European golf also, which was little short of immense.

Would the continent’s golden generation of Langer, Faldo, Lyle and Woosnam have enjoyed so much success in the 1980s if Ballesteros had not stood proud and demanded that they behaved, and were treated like, world-class golfers? The subservient attitudes of the 1970s still lingered a decade on, but Ballesteros was having none of it.

His refusal to accept second-best didn’t just inspire individuals and motivate the Ryder Cup team, it also transformed the European Tour. In the early 1980s players travelled by, and slept in, camper vans. Today they fly in private aeroplanes and stay in seven-star hotels. Without Ballesteros that revolution might never have happened.

Spain was a part of the European Tour in the 1970s but, thanks to Ballesteros, and then Jose Maria Olazabal and the ever increasing numbers of Spanish tour stars, the country gained in importance as a location. By the late 1980s it was sometimes hosting five events a year.

Spain was achieving what other countries in Europe could not. Ten years ago, England, for example, was hosting five or six European Tour events a year. More recently it has hosted just one – the BMW PGA Championship.

Amongst many (typically English) fans there is confusion and chippiness about this situation. They often blame the tour, as if officials are granting Spain the events ahead of England. But it doesn’t work like that. Financial backers are scarce in England; Spain found them. They were not gifted the tournaments, they created them.

It was something Spanish golf and the Real Federacion Espanola de Golf (RFEG) were proud of and the European Tour has always recognised the contribution the country has made to its growth.

But last year and this, the problems have caught up with Spain, too. The first signs of trouble were on the Ladies European Tour which had four Spanish events in 2009, but only one each of the last two seasons. The tournament promoters simply can’t find sponsorship and funding. With sad inevitability this has trickled down to the European Tour. In 2012 there were three events in Spain, this season only the Open de Espana survives.

Miguel Angel Caderot, of the RFEG, explains: “The main problem is, of course, the economy. Like other countries, Spain is experiencing great difficulties. For years, tournaments have enjoyed the support of public administration and government, but in these times that’s not possible because their budgets have been drastically reduced.”

The support of local government and tourist boards has long been a Mediterranean tradition, one that has caused confusion with some tournament titles (the Estoril Open de Portugal, for example, was not the Estoril Open but the Portuguese Open sponsored by the local Estoril government). It reflected the value of golf tourism to Portugal, Spain and Italy.

The economic problems have impacted particularly hard on Andalucia, traditionally home to many of Spain’s tournaments, and some reports indicate that a left-wing government has turned its back on a game it believes caters primarily for well-off tourists.

Caderot says: “There are not political reasons for the problems. It is more that the public administration and tourist boards must fulfil the mandate of the national government, which now demands austerity and cost control. Also, private companies have slashed their budgets.”

Two years ago Europe’s mainland countries conducted a bidding race to host the 2018 Ryder Cup. When talking to the Madrid bid team it was obvious that the RFEG both appreciated the strength of the ultimately successful Paris bid and was also concerned that the future, lacking the lure of a Ryder Cup, might be bleak for tournament promotion.

It seems this has come to pass, but Caderot and the RFEG are sanguine about the situation. “It’s possible that if Madrid had won we would have more money for golf right now,” he says. “But it would not equate to the past, the economic difficulties are the significant factor. The hope now is that Madrid is the successful candidate in the bid to host the 2020 Olympics. If that is satisfied, the situation may slightly improve for golf.”

Ultimately, says Caderot, the only response is passive but realistic: “There is no other way, but we must wait for better times and be patient.”

You hope for an improvement soon because when times are tough in-fighting becomes inevitable and Miguel Angel Jimenez, who last year bank-rolled (to some extent), the Open de Andalucia, has already moaned at a perceived lack of support from the RFEG.

Spain has given European golf plenty and you hope it’s not long before the country and its golf has a smile back on its face.