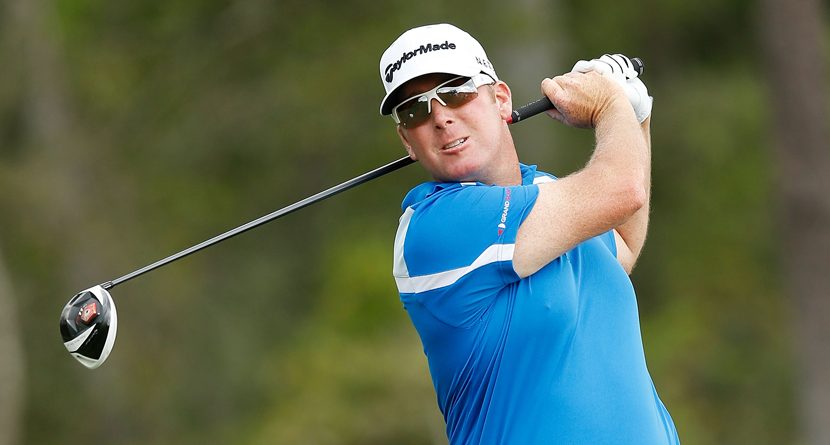 When D.A. Points won the Shell Houston Open last weekend, he cemented his place in an elite group. No, not two-time tour winners — the Initial Hall of Fame.

Let’s look at who is already enshrined.

Oddly enough, this D.A. is from the same hood as Mr. Points: central Illinois. They love initials down there. Weibring won five Tour events from 1979 to 1996, then joined the Champions Tour and has won five more times. According to his tour bio, Donald Albert enjoys watching reruns of Seinfeld and the West Wing. I would’ve guessed Law & Order. Something with more “DAs” in it.

Yang has one major championship win, and it was a big one: he stared down Tiger Woods to win the 2009 PGA Championship, then raised his golf bag over his head like a raving lunatic. Oddly enough, both Y.E. Yang and fellow Initial Hall of Famer K.J. Choi were competitive weightlifters in their teens. They’re also answers to the question, “Who are two golfers I’d never challenge to an arm wrestling match?”

The Kentucky native was a late bloomer to the world of initialing — he was known as “John Holmes” until he earned his tour card, then adopted “J.B.” to avoid comparisons to the 1970s adult film star with the same name. He’s best known for his raw power, his successful recovery from brain surgery, and a bizarre rollerblading accident last week in which he broke his ankle. Rollerblading.

Everyone knew a kid named “D.J.” growing up, and Trahan was the D.J. who ending up playing golf on the big stage. Donald Roland Trahan, Jr. attended Hilton Head High School, which must have had a really hard time finding a course for their golf team. Hardly any options. It’s unknown if Trahan enjoys the Lil Wayne song “Go DJ,” but like Weezy he’s got stacks of cash — $9.3 million in lifetime earnings. That sounds A-OK.