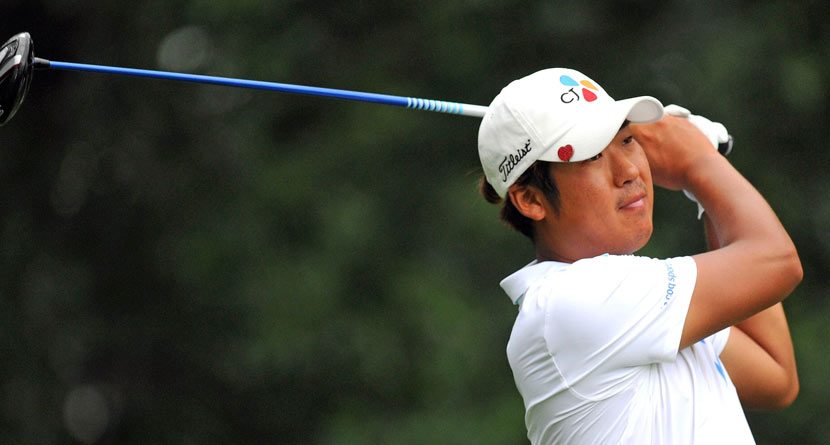 Hitting bad golf shots is something I have perfected over the years. While I consider myself a decent player most of the time, my playing partners know that I’ll unload a real crapper at some point in my round. Chances are I may even react like the PGA Tour’s D.H. Lee did last week.

During Saturday’s third round of the AT&T National at Congressional Country Club, Lee, 25, hit an approach shot into hole No. 12. His golf ball took a hard bounce toward the back of the green, ultimately rolling off the putting surface and leaving him with a difficult chip up the slope.

Lee showed his appreciation to the Golf Gods with a universal hand signal immediately after.

After his round, Lee told reporters that his reaction was not aimed at any gallery members but rather his golf ball.