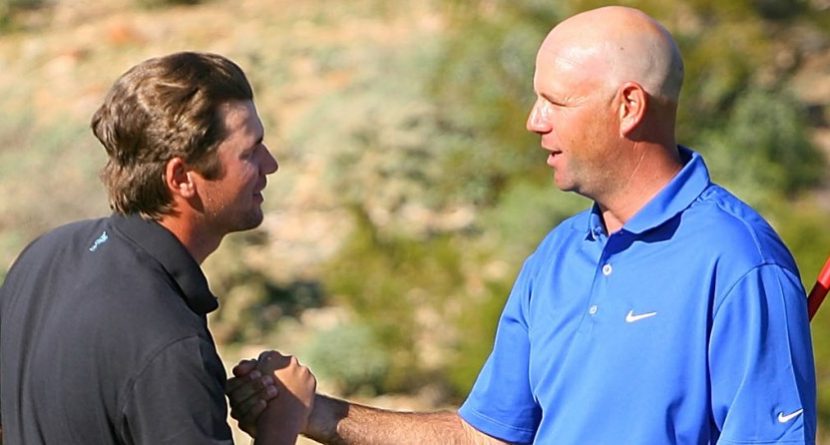 Poor Stewart Cink. The man has no hair and because he’s a golfer, he wears a hat 95 percent of the time. So of course his head is going to be pasty white on top.

The guys on the “Dan Patrick Show” are calling it the White & Tan, which stems from a beer called Black & Tan (typically, it’s Guinness poured over a lighter beer, like ale). They discussed the “picture of the week” on Friday morning’s show.

It’s no secret that Cink owns a white dome, but that’s one unfortunate screen shot.