Danica Patrick Is Really Catching On To This Golf Thing… 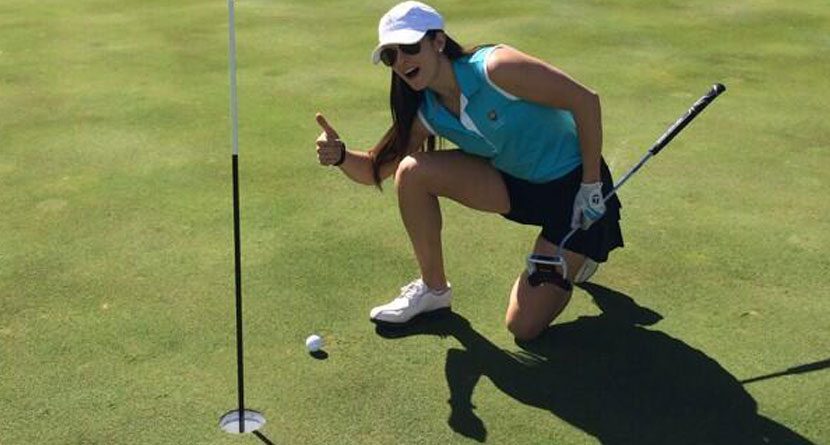 It really looks like Danica Patrick is getting the hang of this golf thing.

Only a couple days after being caught up in “the big one” at Daytona, Patrick hit the links in Arizona and almost made her first hole-in-one. Need some proof? Check out her tweet.

Forgot to show y’all my near hole in one yesterday! pic.twitter.com/0E60t8SGBN

Patrick has been playing for a little while now but has claimed to have only made one birdie in her life. Her boyfriend, reigning NASCAR Sprint Cup Series Rookie of the Year Ricky Stenhouse, Jr. has been instructing her. Treacherous relationship waters for sure, but maybe not for the reasons Stenhouse, Jr. expected.  It looks like Patrick could be getting pretty good fairly quickly.

No word yet from Patrick on whether or not she made the putt. Sorry Danica, no gimmies.