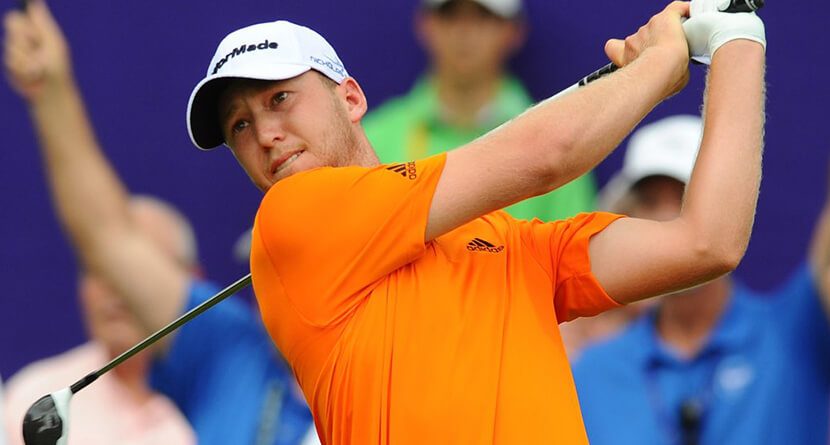 You can stop complaining about Daniel Berger winning the 2015 PGA Tour Rookie of the Year now. The Florida State product won his first professional event on Sunday holding off the likes of Phil Mickelson, Dustin Johnson and Brooks Koepka down the stretch at the FedEx St. Jude Classic.

Rounds of 69-64-69-67 earned the man they call “Boog” a three-shot victory over the aforementioned Mickelson and Koepka. Semi-retired Steve Stricker also finished at 10-under par and tied for second.


Dustin Johnson made an early charge on Sunday, shooting a 7-under par 63 — the round of the day — to post 9-under par. However, Berger played the final 10 holes in 3-under par to win in Memphis going away.

Next up for Boog is the U.S. Open at Oakmont. This will be his fifth major championship start and second at the U.S. Open. He finished T28 in the 2014 Open at Pinehurst. His best finish in a major came earlier this year when he came in T10 at the Masters.

The full leaderboard can be found here. Here is the top-10.