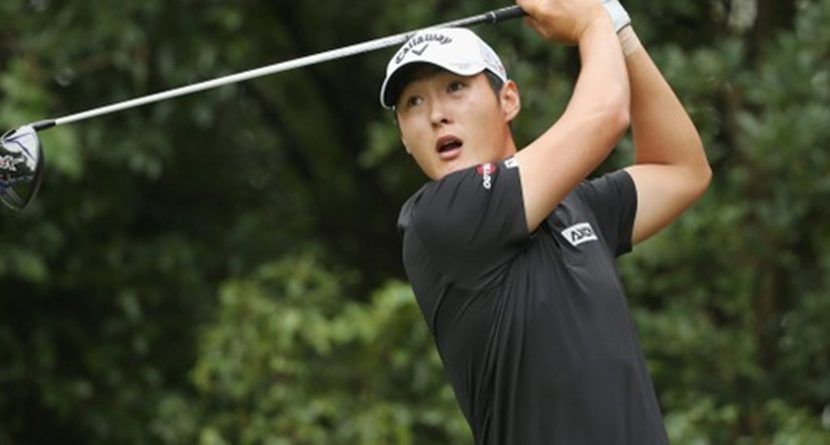 Danny Lee (-13) holds a three-shot lead over Rickie Fowler and Hideki Matsuyama (-10) heading into the final round at the Waste Management Phoenix Open on Super Bowl Sunday. Boo Weekley and Bryce Molder (-9) are four shots back and Phil Mickelson (-8) is in solo sixth place, five shots behind Lee.

.@dannygolf72 leads the field in driving accuracy and strokes gained putting through 3 rounds. 1st 54-hole lead of his @PGATOUR career.

Last time @RickieFowler was exactly 3 back entering the final round on the @PGATOUR? Last year’s @THEPLAYERSChamp

That ended well for him.

Some highlights from moving day at the Greatest Show on Grass.

Being able to see the hole is overrated. #QuickHits https://t.co/DgqehcT1o5

Phil Mickelson caps off Round 3 with a bang. https://t.co/SBcjJISFGO

Not much room for error with this one. #QuickHits https://t.co/zOQ2q51ddY

Final round coverage begins on Golf Channel at 1 p.m. and transitions to NBC at 3 p.m.