Danny Lee Is Defending His Greenbrier Title With Class 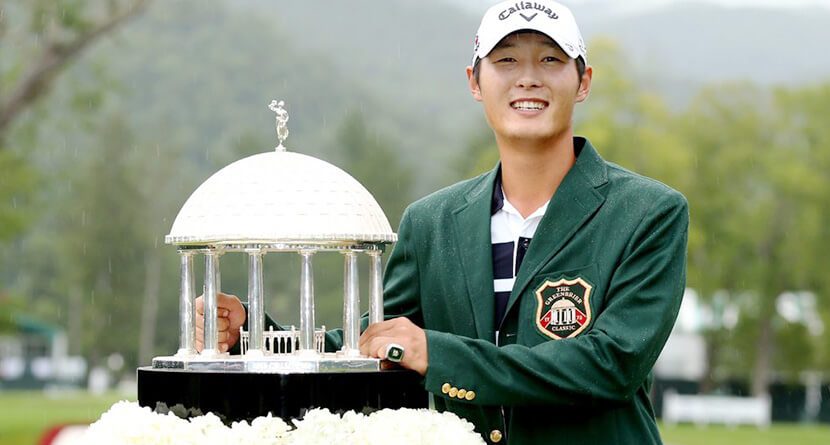 You can only win your first PGA Tour event once. Unfortunately for Danny Lee, he’s not able to defend his maiden title at this year’s Greenbrier Classic due to the catastrophic floods that forced the 2016 edition of the tournament to be canceled.

With his defense week now open on his schedule, Lee traveled to Scotland to play in the Aberdeen Asset Management Scottish Open. In a show of honorable Lee is doing a different kind of defending for the Greenbrier.

help little bit! whenever i bride or eagle I’m donating more money so pls can I make lots of birdies and eagles pls golf god? #scottishopen

If you would like to donate too you can join me with the Neighbors Helping Neighbors campaign https://t.co/9URYLtmWqk

Lee’s plea to the Golf Gods seemed to pay off. Through two rounds, Lee sits at 7-under par and one stroke back of the 36-hole leader Alex Noren. What’s even better is that the New Zealand native has made 11 birdies through his first two rounds and has racked up $5,500 in donations.

Axon Phone, one of Lee’s sponsors is getting in on the giving as well, matching Lee’s donation to the folks in need at West Virginia.

In support of the victims of the West VA floods, ZTE will match every dollar #AxonAthlete @dannygolf72 donates. pic.twitter.com/s1fbAf7nDe

Now, there’s a guy you can feel good about rooting for this weekend.